The kind folks down at Bandai Namco kindly invited us to their Post-Gamescom preview event where we got to check out a number of titles! We have our brief thoughts on the titles we were able to play below. 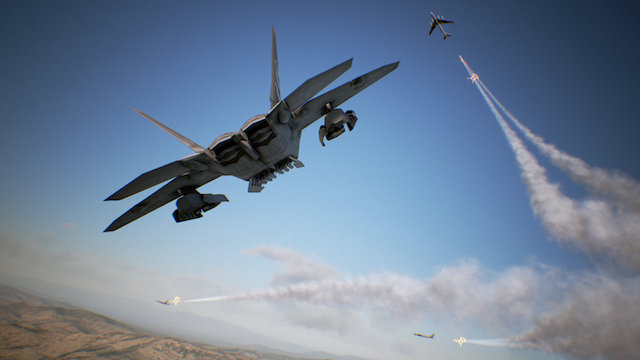 The first game I took on with Ace Combat, the well established combat flight simulator into it’s 7th edition. I’ve not previously played the title but it does what it says on the tin!

The game looks visually stunning, the environments and plane models all look superb. As well as this the audio in the game did a great job of bringing the authenticity of the sounds of a cockpit to your screen.

While playing I will admit it was not completely clear what the objectives of the missions were. We were given mission briefs before hand and the voiceovers gave us another run down as we entered the mission but when it actually come down to carrying out the actions I struggled to find the targets and actually complete the objective. I tried two missions three times and failed all three times. While I readily admit this is likely down to my own lack of skills in this style of game it didn’t feel completely intuitive to myself.

Having said that, if this is a style of game you’re family with or just interested in and want to get involved I would recommend checking this out. The combat flight simulator genre is a niche one but Bandai Namco have you covered with Ace Combat 7. On top of this ehe game will also be available in VR which is where I believe the game will truly shine. 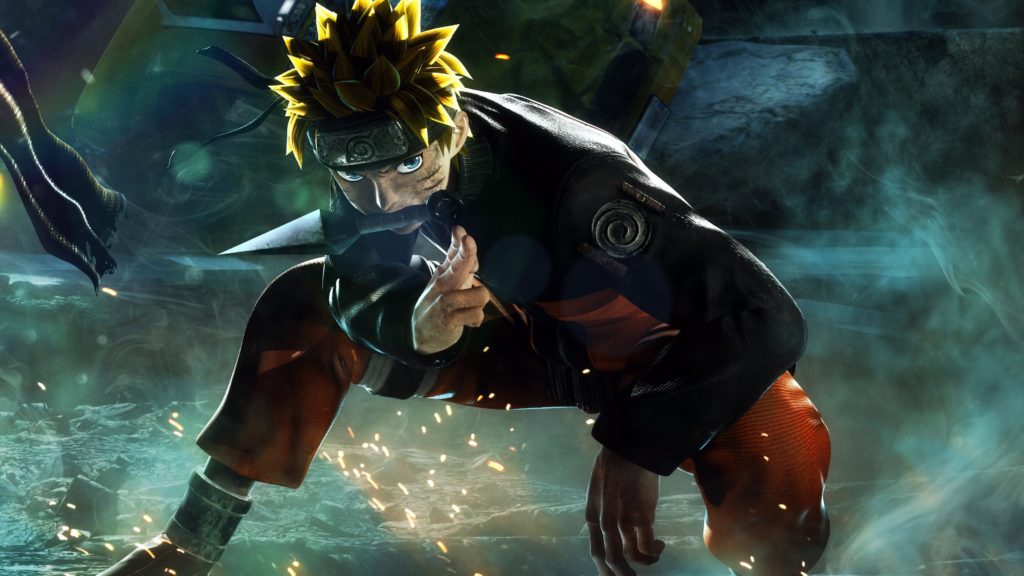 In celebration of Shonen Jump’s 50th anniversary we are getting Jump Force, the Avengers of Anime. This is a game that excites me especially as I am a huge anime fan and many of the characters included on the roster are among my favourites with the likes of Goku and Vegeta from Dragon Ball as well as some equally excited but less popular anime such as Non from Hunter X Hunter.

The game looks absolutely incredible, this is easily the best looking anime game to ever be produced. The character models are more realistic than the anime themselves and it makes for quite the spectacle. Destructible environments and even clothing are included. It is extremely satisfying to see your opponent beaten, clothes torn by the end of the fight.

The button layout was very easy to figure out and the action flowed very well. There is a level of button bashing involved but do too much and you’ll find yourself in trouble and punching the air. All three characters share one HP bar as well making it very different from games like Dragon Ball FighterZ.

Overall in the few games I played, Jump Force feels more refined than most other anime games. There is clearly a conscious effort to make this something special and truly pay tribute to Jump Shonen’s greatest characters. 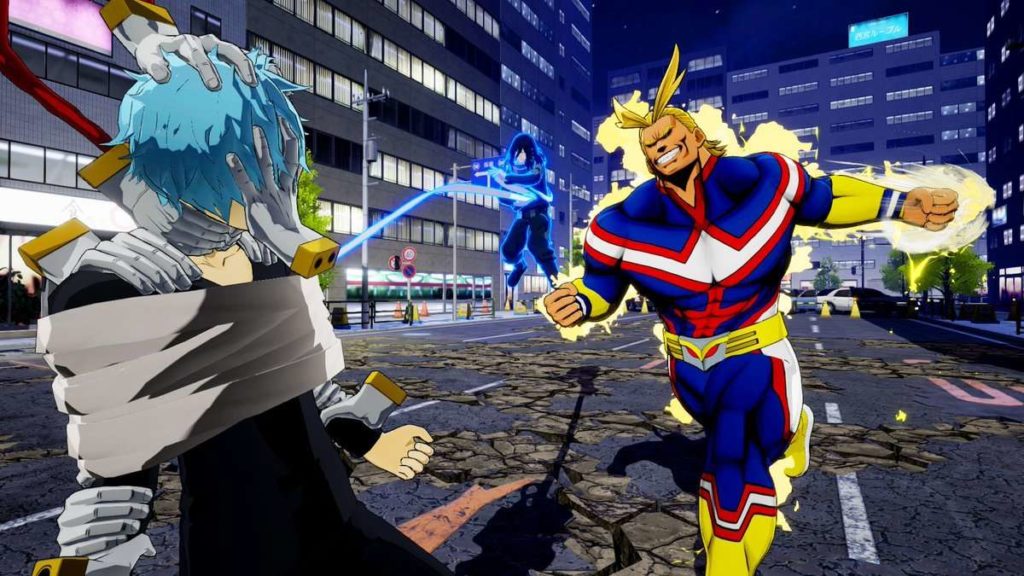 My Hero Academia’s first video game feels more like other anime games when I compare it to Jump Force. It had a more anime take on the graphics which suits the title as a more stylised game than Jump Force which takes from many different anime. Destructible environments and costumes are also included but after playing Jump Force it didn’t feel as polished.

Lot’s of button bashing is encouraged in My Hero One’s Justice, I never felt penalised for button bashing but it didn’t make the game less fun. That’s not to say there aren’t any combo moves and performing my special attack felt awesome, especially when using heros such as All Might or Izuku Midoriya.

I didn’t get to spend too much time with it unfortunately however as a fan of the anime I’m excited to play through the main story in the full release of the title and re-enact some of the most epic scenes in My Hero Academia. 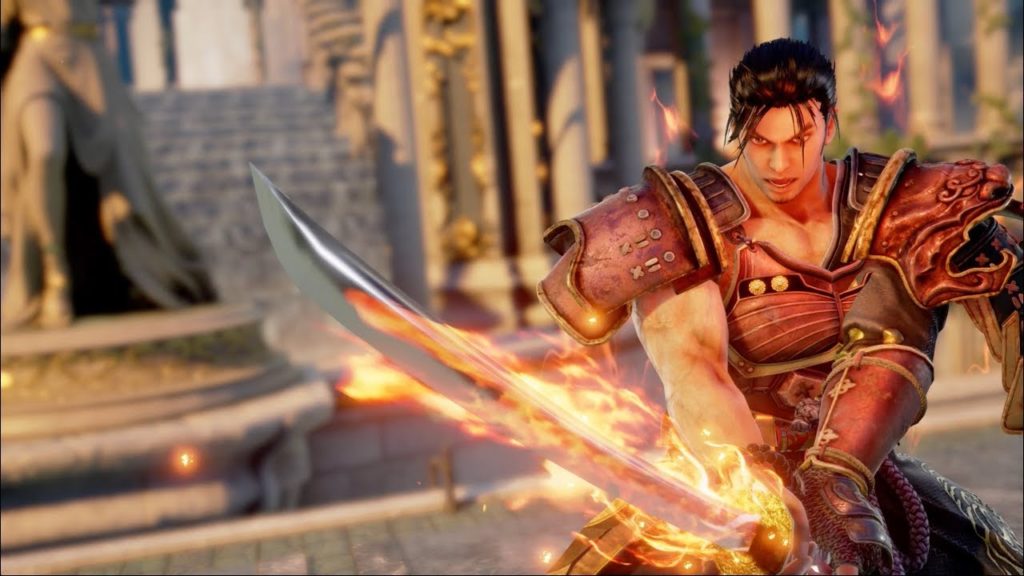 Soul Calibur is back. The game itself doesn’t feel very different to previous iterations however that is by no means a bad thing. In a genre dominated by the like of Bandai Namco’s own Tekken and competitive titles such as Street Fighter, Soul Calibur still does a fantastic job of feeling unique; Mid-fight cinematics occur when performing certain moves which felt exciting every time I performed them. Weapon use is still a nice touch and helps to make the game feel different from other fighting games.

Yoshimitsu from Tekken is a great addition to a cast of characters who still perhaps aren’t as well established as their Tekken counterparts.

Generally the game felt like a lot of fun to play, especially with friends. If the game modes are engaging then I can see fighting game fans being very pleased with the latest iteration in the series. 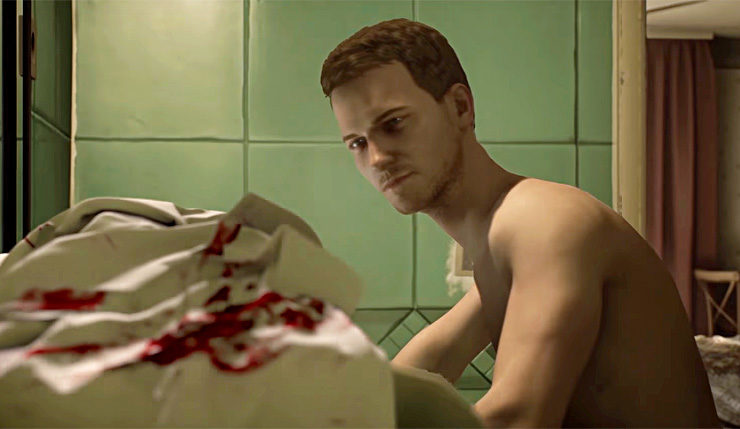 Twin Mirror is a story based game, very much in the Heavy Rain mould, which starts with a man in a hotel room who has no memories of what he did the night before. He is confronted by a man who turns out to be a figment of his imagination trying to guide him, we’re then presented with multiple options for a response to this mysterious figure.

The character goes on to close his eyes to focus on our memories which results in the user being taken into a different space within the game to a “mind palace”. You then have to find and use clues found in the hotel room to deduct what happened last night, all of which is very reminiscent of resolving puzzles in the Batman Arkham titles.

Your actions have consequences in Twin Mirror which means you’ll have to think carefully about the choices you make. The game finished for me with us solving the mystery if what happened the night before and having to make some choices that could very well affect us further into the game.

The game itself seems like it could have enough about it to differentiate itself from other similar games in the genre and it’s another title I am personally excited to see more of. 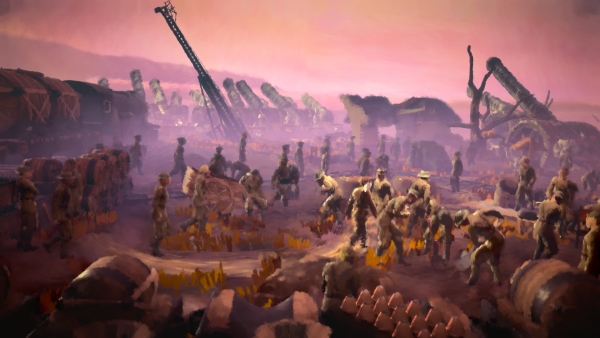 The visual style of this game is as if it was an interactive painting, completely uniquely from anything I’ve ever seen before with an incredible and charming score in the background, fitting to it’s time.

Set in Toronto in November 1916 during WW1, the story starts off with the narrator Harry telling us about a girl he grew up with, Julia. He is asked by a military Major visiting his store about coming to the battlefield as a photographer. We start by taking a photo of Julia via gameplay where the first objective is to take four photos of Julia.

The game then cuts to Zepplin Factory, Germany. Your job, now as a character named Kurt, is to get the radio working to hear the latest from the battlefield. He hears that his sons unit had gone missing in battle. The game then switches to a 3rd person angle and you have an almost Assassins Creed moment of gameplay when you’re climbing ladders and traversing over beams to get to your objective.

The game switches back to Harry where we make our decision and choose to enlist into the war. Back to Germany (can you see a pattern here?), where Kurt is also enlisting so he can find out what happened to his son.

1917 April 9th, Vimy Ridge, Harry is on the battlefield documenting the major doing his work, you follow him through the battlefield dodging bullets as they fly past you. Back to Kurt who is ordered to get some water to cool down an overheated gun. The game continues to go back and forth between the characters during their respective journeys until the two meet in trench where you have the opportunity to either shoot Harry, as Kurt, or lower your weapon.

The game then switches to five mins earlier and you’re a CAT! You chase a bird through the trenches of WW1 all the way until the cat reaches Harry and Kurt and it shows the conclusion of the choice you made.

I was blown away by the uniqueness and bold decision that Bandai Namco have made to release a title like this and I thoroughly enjoyed the small amount of time I had with it! 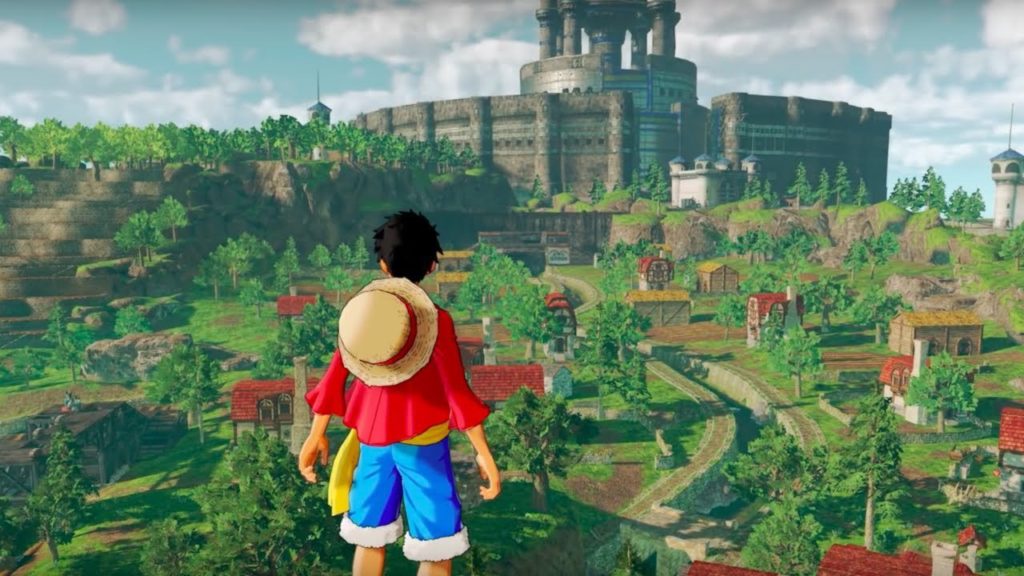 We have an semi-open world One Piece game! A story based title, it very much reminds me of Dragon Ball Xenoverse in the way you can traverse and battle enemies you find in the wild.

You go through the level we played by defeating some low level grunts then had a fun boss battle at the end, requires patience and skill to beat it. I very quickly found out that button bashing won’t work. It may sound like a strange comparison but it weirdly reminded me of Dark Souls/Bloodborne in that a lot of dodging was involved and I lost plenty of health when getting hit by the boss!

Graphically it looks good without ever really shining. It keeps the realistic anime style for the visuals and this does the job and by no means is bad. I would like to see Bandai Namco change things up though (ala Jump Force) and give us something that looks drastically improved from previous games.

One Piece has seen some love from Bandai Namco in recent years with some fun titles, but I am especially excited to see how an open world style version of the game can hold up and to see what story they bring for fans of the anime.