After the slightly underwhelming Batman: Arkham Origins, Rocksteady retake the reins to bring us the latest iteration of the Arkham series. The first of that series freshened up an entire genre of superhero gaming and added a fighting system that’s still being reproduced to good effect in other titles today, such was its appeal. It’s good, then, that Arkham Knight serves to coalesce everything that made the previous games so special into what is perhaps the pinnacle and fitting climax to Rocksteady’s memorable trilogy. 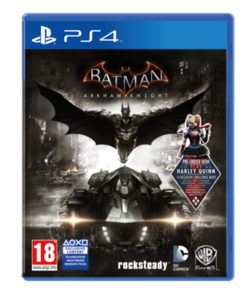 The expansive city is slated to be more than five times bigger than previous entries, so it’s a relief that it isn’t a hollow shell. In fact, Batman: Arkham Knight’s narrative is perhaps its greatest strength, drawing you into every cutscene and dialogue strand. It plays to what has made the character so interesting from the outset, by plunging into both sides of the Bruce Wayne tortured psyche as he attempts to save Gotham from Scarecrow’s toxic influence. Sure, the Dark Knight’s inner battles and fears of failing those closest to him are nothing new to the table, but it’s done with such aplomb that you’ll be hard pushed not to get invested in the developer’s well-realised vision.

It’s a shame, baring all that in mind, that Rocksteady’s creation and titular character, the Arkham Knight, doesn’t quite live up to the billing. The lack of depth and charisma is made blatantly apparent alongside a brilliantly portrayed support cast of characters like Commissioner Gordon, The Riddler and Harley Quinn, all of whom enrich the game wonderfully through main missions and side quests. The Arkham Knight isn’t offensive or annoying at all, just completely forgettable, even after plot twists later into the game that should be profound and mind-blowing, but end up to be a mere distraction to other story branches that remain genuinely compelling throughout.

The visuals themselves often hold stories of their own too, thanks to a beautifully crafted presentation of Batman’s home city. Soaked with skyscraper-light and rain-drenched streets, Gotham is sublime to traverse and every inch feels relevant and worth exploring. Same goes for the soundtrack that often veers into pulsing rhythms, not that dissimilar to Christopher Nolan’s Dark Knight Trilogy soundscape – and why not, too? The sense of thrill and intensity it delivers only heightens the experience, in turn creating a visceral and thrilling backdrop to an already dark atmosphere.

As mentioned before, Gotham is a much grander playground than that of Arkham City’s. You’ll find things to do in every corner whether it be the main narrative path, beating-down henchmen or pursuing Gotham’s most-wanted via side-quests – which I’ll talk about in a bit more depth later. As far as the core-mechanics go, however, it’s business as usual for Batman.

For those new to the series, business as usual in an Arkham game generally means a whole bunch of detective work, hunting prey from the shadows and unleashing hell on unsuspecting enemies through Rocksteady’s methodical fighting mechanics; mechanics that with each iteration feel like they’ve been honed a little closer to perfection. The combat has been replicated to great effect by games such as Assassin’s Creed and Shadow of Mordor, but none have managed to produce the satisfaction, fluidity of animation and (for lack of better words) the downright empowering feel of the Arkham series. 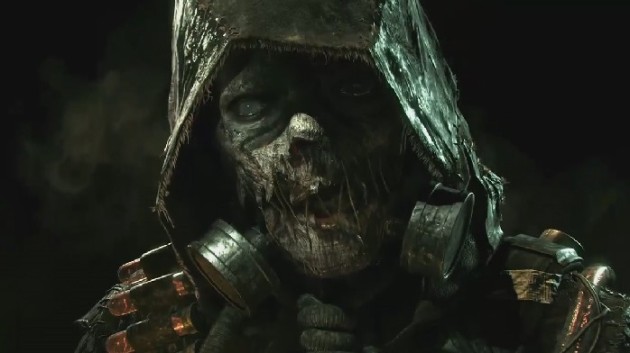 Gliding back and forth in the shadows, picking isolated targets and using Batman’s arsenal of toys still offers an open-ended feel to how situations are approached, whilst leaderboards encourage going back to areas long after you’ve completed them. The neon tread of Batman’s detective mode feels more balanced and more sensibly used this time round, too. You won’t spend large portions of the game visually isolated, which I found a little detrimental in past games – especially when the surroundings are so gorgeous to look at. Perhaps the only time that isn’t true is during more puzzling areas where you need a little more help.

It’s been a long while since I’ve played a major release that gave me puzzles and actually expected me to solve them, rather than growing impatient and pushing me in the right direction for the sake of pacing. There was more than one occasion where I mentally held my hand out, only to envision Rocksteady slapping it away and waving a disapproving finger at me. A puzzle section in which I must actually solve the puzzle? Mind. Blown.

Whilst there’s a host of subtle additions to the game, such as scenery take-downs and tag-team style fights, both that manage to further induce the sense of cinematic coolness, the biggest addition would be the Batmobile that can be summoned with a single button press. It’s not the sleek curvy early 90’s version either. It’s a tank; a brutal, gun-toting, wall-climbing beast of a tank. Like me, you’d probably be slightly sceptical of its need in a game where traversing through the skies and gliding between rooftops is by far the most efficient method of getting around, but it is a lot of fun in both regular vehicle and tank modes – the latter allowing you to strafe sideways affording you ultra-precise control.

Because Arkham Knight succeeds so well in bringing constant variety and intrigue to gameplay, it’s unfortunate that the enjoyment of Batman’s ride is driven into the ground by its constant over-use and its shoehorning into every mission. There’s no exaggeration in saying that you’ll spend equally as much time shooting waves of drones in the Batmobile, than you will engaging in the other facets of gameplay. And, enjoyable as it is, you’ll grow weary of being asked to repeat similar processes time after time such as defending mines, solving puzzles and navigating areas all from the seat of the Batmobile when it would have been preferable to minimise its usage during the main story line. Rocksteady’s apparent need to justify its inclusion is real, and in many ways unnecessary.

The Batmobile’s appearance in side-missions is far more acceptable, as there’s a particular line of missions that you can actively choose to engage in, rather that be forced in to. There’s plenty of other distractions, too, all of which feel like mini-narratives in their own right and offer by far some the best presentation of side content that I’ve ever played. You might hit across missions just moving through the city, with Alfred throwing out reminders and new information on tasks that you might want to investigate. Alternatively, you can select waypoints from a radial menu and pursue them with more vigor.

What’s special about them is that none of it feels like a chore. You’ll be preventing Two-Face’s gang from robbing banks, draining The Penguin’s weapon supplies, saving kidnapped firemen, and humouring The Riddler’s aptitude for confusing the hell out of you whilst you set about saving Cat Women. Every task feels interesting and natural within the confines of Gotham, and whilst you’ll need to complete them for the true ending, you’ll want to play through them anyway because of how rewarding they are in their own right.

It’s probably a testament to Batman: Arkham Knight that its biggest faults lie in over usage of things that were actually quite enjoyable, as opposed to those that might not have been. In essence though, this is without doubt the ending Rocksteady’s trilogy deserved, and one that will most likely continue to inspire other games. In truth, whilst you’d probably only be hard pushed to find a better realised title on current-gen consoles, there is no better comic book hero game out there, period – it’s an immense experience.