Widely lauded as one of the hardest games of recent years, 2011’s Dark Souls was critically adored – arguably aided rather than hindered by its tough nature. In stating one of their goals for a sequel was to make the game more approachable, developer From Software caused something of a stir amongst its fan base; fear that the game would be dumbed down from what had otherwise been one of the most uncompromising game worlds out there. With the game finally in our hands and seen through to its conclusion, it’s time to find out just how well this balancing act worked out. 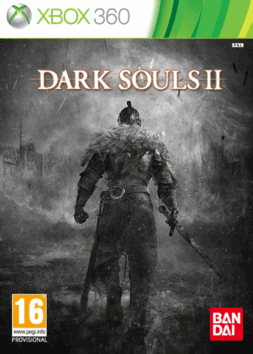 The game’s first half an hour could easily fool you into thinking that there’s a much more plain narrative this time around than before, with an intro sequence spelling out your fate as a cursed being turned hollow, closely followed with an encounter where a series of characters talk to you about the path that lies ahead. This however, doesn’t last long. As with its predecessor, there’s an enormous quantity of lore underpinning everything in the game, but to get at this is truly down to the player’s desire to do so. NPCs are more frequent than before, but talk in terms of what’s in front of them in the here and now – if at all – rather than the convenient spewing of key plot points and advice that more conventional NPCs might offer.

What is clear from the outset is that you have come to the Kingdom of Drangleic, as all bearing the curse seemingly do, and that you are guided towards collecting the great souls that belong to four within. In locations, characters, and items, players can search for more details – references, connections, and hints as to any number of details that make up this world, and this entirely opt-in approach to story-telling remains just as enthralling as it was before. For those that it does grab, there’s plenty to enjoy – even long beyond the game’s closing credits, there’s still plenty to try and dig amongst and speculate upon.

Whilst early screenshots of the game in development painted perhaps a prettier picture than has been delivered – mostly in regards to the lighting effects, which have undeniably been dialed down – there is no denying that it’s still a very nice looking game. Whilst character close ups seem cleaner, and the frame rate is much more stable this time around (even creeping above the typically capped 30fps in some quieter areas), the technical showcase is never really what makes the game.

Instead, it’s the locations, the art, and the vision that really makes this special. Whilst the dark fantasy is still very much common theme, the game’s pivotal location, Majula, is first introduced as your character progresses from a series of dark and narrow crags, out onto a coastal, sun-kissed village atop a cliff face. It is stunning in the most literal sense of the word, and but one of numerous locations that are delivered in such a way that stops you in your tracks as you take stock of your environment. Whilst foes are often equally creative and brilliant too, it’s worth highlighting that those who’ve played the original Dark Souls in its entirety may well find the imagination tapped into here not quite on the same level. Some designs feel more like a re-visitation than purely referential, and despite a greater range by number, there’s arguably fewer memorable locales and bosses than some players may have expected.

Just as with story-telling, the game’s score is subtle and yet quite brilliant; often quiet or not present at all, Motoi Sakuraba’s work here is a magnificent match for almost every instance you could begin to mention. The more somber areas sound exactly that, whereas more important battles often have the tension heightened in earnest by the emergency of the music. Effects are often low-key too; whilst clashes and scrapes are obviously at the forefront of the noise, atmospheric effects are exactly that, and do well to both blend in and yet stand out when needed. The voice acting blends nicely to the overall feeling of the game too – and whilst some characters have very distinct, often quite eccentric personalities, there’s no instance that comes to mind of anyone sounding out of place.

The game’s bread and butter repertoire remains firmly in its dark fantasy roots; exploration, development, and intense combat. With tough foes and vicious traps dotted around liberally, and with repeated, increasingly punishable deaths an inevitability, it’s tough at first to see exactly what it is that was meant to make this title that much more accessible. Exploration is one such way, and does so by managing to strike an interesting balance between the original Dark Souls, and Demon’s Souls before it. By offering up a safe, central location to serve as a base of locations, a number of paths are exposed from the beginning of the game, and more still are opened up as certain conditions are met. Teleportation between bonfires is also available from the off – the end product of this being that there’s no one fixed way to play through the game, or even any incentive to repeatedly bash your head against one particular brick wall when so many other paths are always available. This is especially key given the ways in which certain character builds are better suited to some areas and bosses, and can then return to more ill-suited areas when powered up.

One of the other big changes to the game’s balance comes upon repeat plays of an area. As ever, resting at a bonfire brings enemies back to life, yet now, any foes killed enough times will eventually stop returning entirely. This plays both for and against the player – repeated deaths in an area may mean your path eventually becomes much less threatening, however those who’d typically repeat areas to gather resources will find this severely dampens such plans. This scarcity in resource is reflected elsewhere too; many items stocked by merchants are initially only done so in finite quantity, and the all-important Estus Flask begins with only the capacity for one precious, healing swig before needing to be topped up – all of this pushing you harder and harder towards more self-aware, conscious play.

Perhaps the most defining factor of the Souls games above all else, combat is still unsurprisingly solid. The changes that have been made on this front can be seen more as tweaks as opposed to re-invention; alterations to the backstab mechanic, the way that stats work, and so on, and this all leads to a game that feels precise and fair despite the odds often being stacked against you. The game does a good job too of forcing you to add variety to your arsenal; blocking is handy but not always as effective as down-sizing your armour for a quicker roll, and even the most brutal warrior will need to be leaning on ranged combat at times. Bosses range in their size and scope too, and whilst these are perhaps not quite as groundbreaking as those seen its predecessor, they still do an excellent job of punctuating the game’s timeline and throwing new ideas and challenges into the mix.

Whilst based only on anecdotal evidence, online play seems to be a much smoother, better experience too – for those looking to help as well as for those looking to cause trouble. The covenant system does a slightly better job than it has done before at explaining itself, but still could do better. It’s a shame though, as it does offer some truly interesting multiplayer options – a personal favourite being the dynamic between players who seek protection from invaders, and then those in turn who offer it, split into two separate covenants.

Difficulty roadblocks aside, Dark Souls 2 certainly seems a much longer and vaster game than Dark Souls before it, and even those who are more familiar with the series should be expected to run at around 40 hours in trying to reach the ending credits. Even a cursory glance at the wealth of extra ways to while away time beyond this point highlights that there’s plenty to occupy you though; whether that be to re-explore the game at heightened difficulty, tooling up to join the ranks of player vs player combat, or helping other players make their way through the game. Really, you’d be hard pressed to find a game better suited for a long-term commitment.

As to be expected with a sequel, there’s plenty to be celebrated – improved combat, a smarter interface, and numerous performance improvements are all examples of very welcome tweaks. However, Drangleic and its inhabitants simply aren’t as memorable as Lordran before it; given the impossibly high standard set by its predecessor this may not be a surprise, but it’s still an essential and unfortunate comparison to draw. All said though, Dark Souls II is still a marvel of a game; solemnly beautiful, truly vast, and rewarding above all else.