In an age where all our digital content is being stored in the cloud, we wonder if our beloved FIFA franchise will soon cease to exist as a physical media and find a new permanent home online.

For over 7 years FIFA has been available as an online free-to-play version in some shape or form. Considered an MMO, these versions have more often than not been handled and maintained by EA partners based in the far east. The rationale being that the major gaming markets in China, South Korea and South East Asia as a whole prefer the free-to-play model. There is much debate as to whether these games would succeed in the varying climates of the western gaming markets. But we ask the question, with MMO games proving to be massive successes in the west, why could a sports game not achieve this? After all, the FIFA video game brand goes head to head with any other.

We take a journey through cyberspace and examine the previous and current offerings.

Originally released in South Korea in 2006, FIFA Online (now FIFA Online 2) was developed jointly by EA Singapore and Neowiz Games. It was published by EA Sports and subsequently localised and handled by various distributors in Asia. The online beta began in 2006 and was based on the FIFA 06 engine (PS2 era). Soon after launch the game was upgraded to the FIFA 07 engine accompanied by a named change to FIFA Online 2 and has remained up until current day. The game has frequently undergone cosmetic changes that include new kits (to match current season), boots and ad-boards. 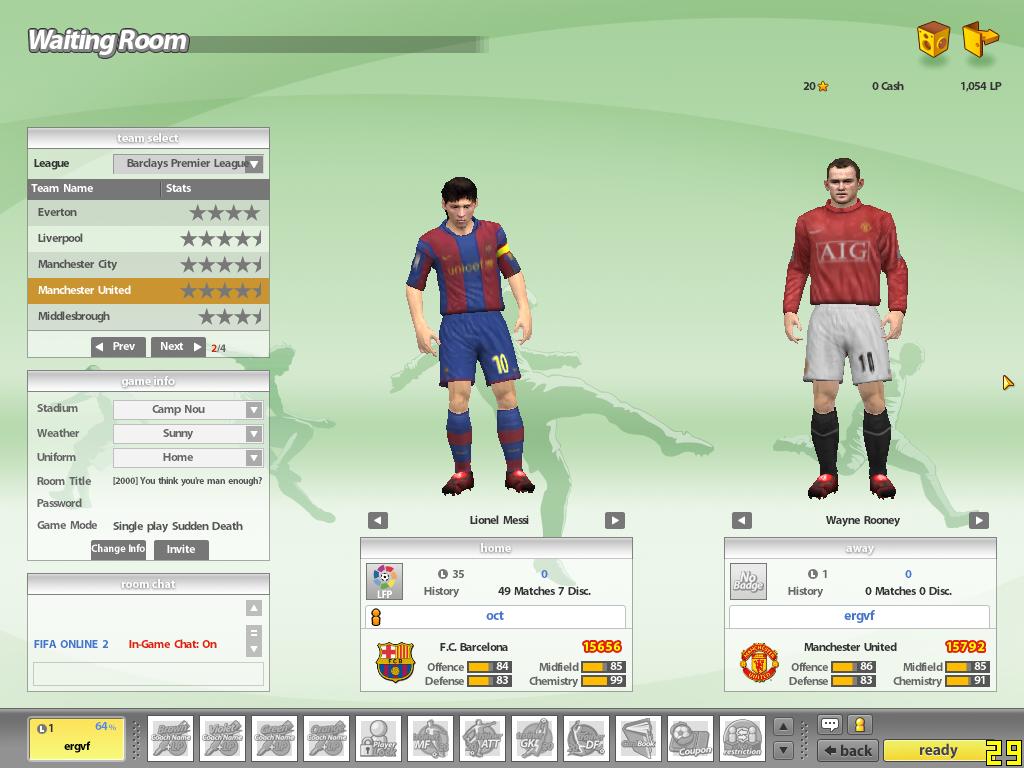 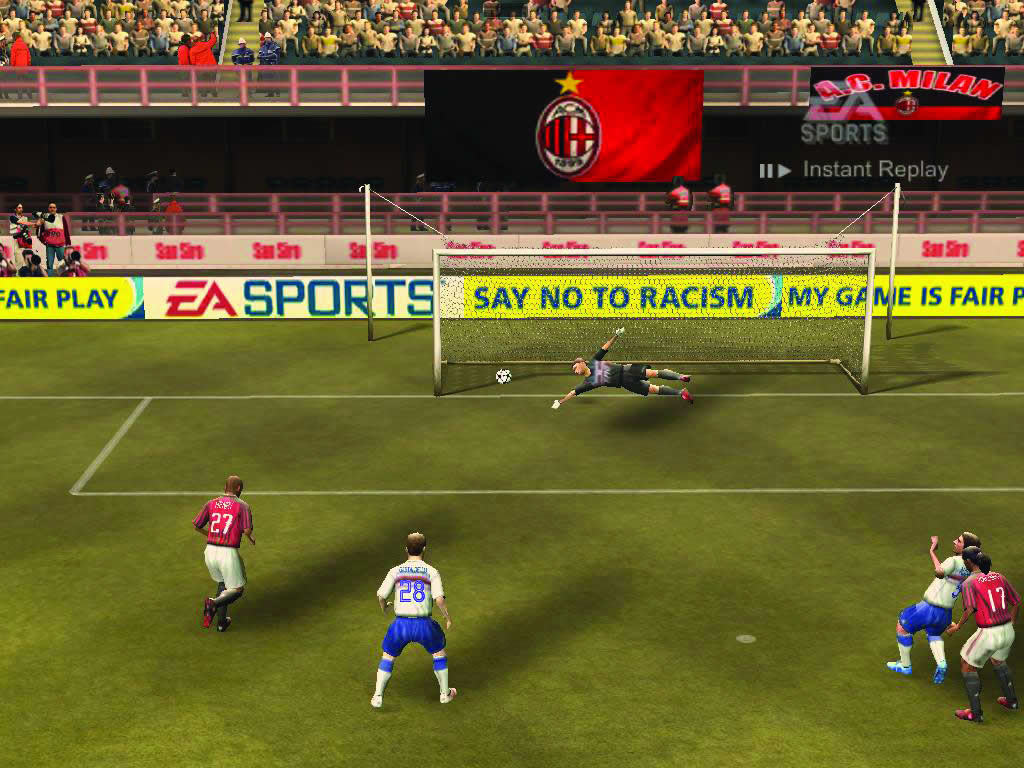 Played with the directional keys on the keyboard and mapped keys for actions, the game features several modes including;

It was announced late last year that FIFA Online 2 will be closing come March 2013 with the impending launch of the newer Nexon developed FIFA Online 3 clearly the reason behind this decision. Although it was very successful in the far east, the introduction of a new generation of games consoles must surely have impacted the success of this offering. With the future release of FIFA 08 and more significantly FIFA 09 it would have been difficult for a game running on a last-gen engine to fight the glamour of its younger brethren. Saying this, the product was a success with a big following predominantly due to it’s easy pick-up and play nature as well as the fundamental fact that it was free-to-play.

First announced in  January 2010, a world cup year, FIFA Online was seen as EA Sports’ attempt to examine if an MMO football game aimed at the western market could match the success of the Korean Job. Initially launched as a limited feature closed beta in January 2010, the title was launched officially with a full feature set on May 26th 2010. 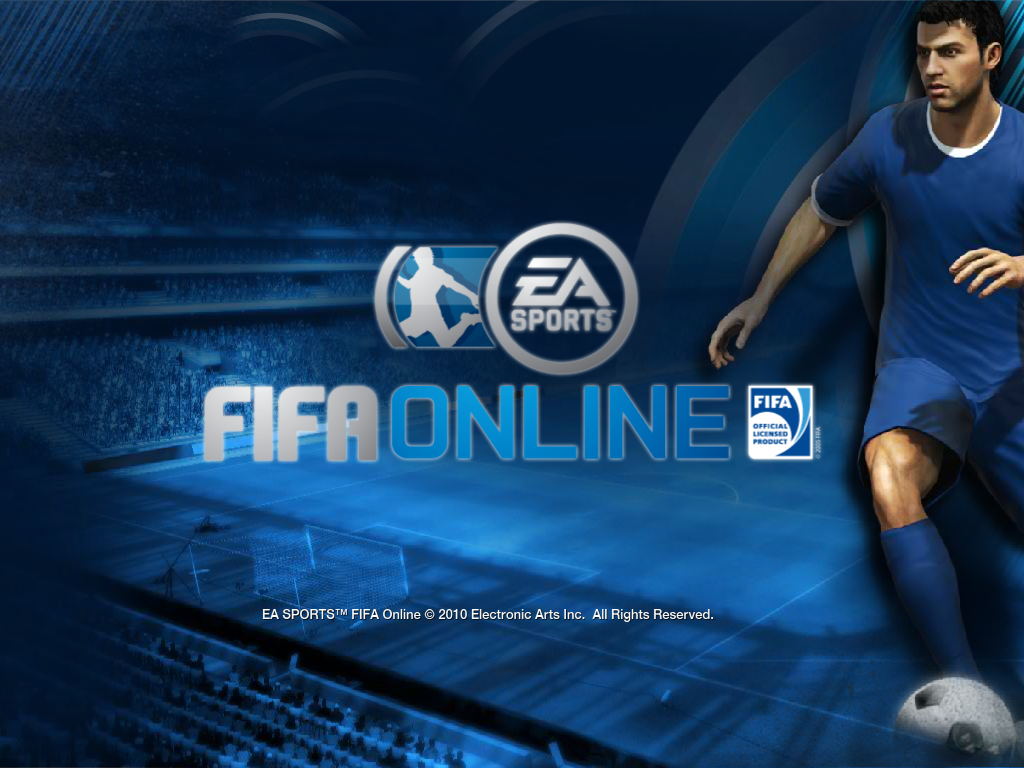 Developed in-house by EA Sports, the game initially featured a limited offering of national teams and clubs but was later updated to all of the current leagues and teams ( 30 leagues including 500 teams and 15,000 players). Similar to the older Neowiz developed title in Asia, FIFA Online only featured 3 game modes;

FIFA Online was developed on the FIFA 10 game engine and was predominantly played with keyboard and mouse, a decision aimed at making it very easy to pick up and play. However, mouse and keyboard or gamepad controls were also available to the player. FIFA Online was also built around the game’s currency (XP) that would be rewarded after playing matches in all modes based on player performance. This currency could then be used in the game’s shop to purchase in-game items. Like most other MMO’s, FIFA Online featured micro-transactions which EA claimed were optional and had no impact on the gameplay experience. The micro-transactions would also allow you to purchase in game items at the game shop. 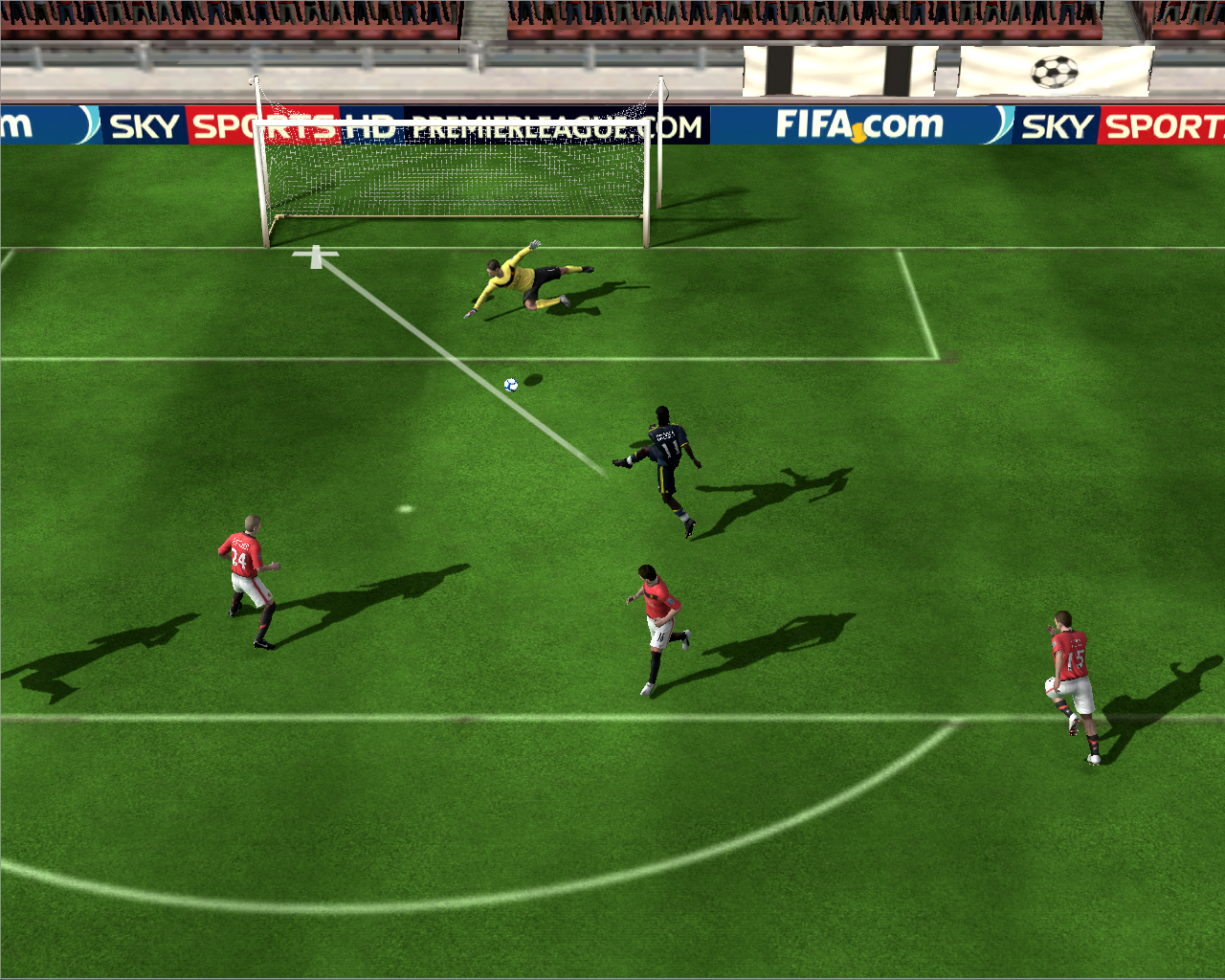 During the products lifespan, the service was revamped following a reset of the online servers. This saw the introduction of a new mode called “Tournaments”. On the 18th March 2011, It was announced on the FIFA Online Forums website and on FIFA Online’s homepage that the game will be pulled and the servers closed on the 25th of March.

The short amount of time between official launch of the game and the closure of the servers would lead us to believe that the game was not successful. Although this surely represented an experiment for EA, the rapid closure of the servers meant that the game did not have a significant enough following to warrant maintaining the servers. Again the difficulty with an offering like FIFA Online is that it was competing against not only a PC version that was superior, but also console versions that offered a far superior playing experience.

Last year EA Sports announced a new partnership with the Korean-based developer Nexon Korea working in tandem with EA Seoul. The plan was to launch a successor to the hugely successful FIFA Online 2, that had a fantastic run and remained a  top 3 MMO in that region for the duration of it’s lifetime. Ultimately, FIFA Online 3 was planned to replace an increasingly dated game engine in FIFA Online 2. 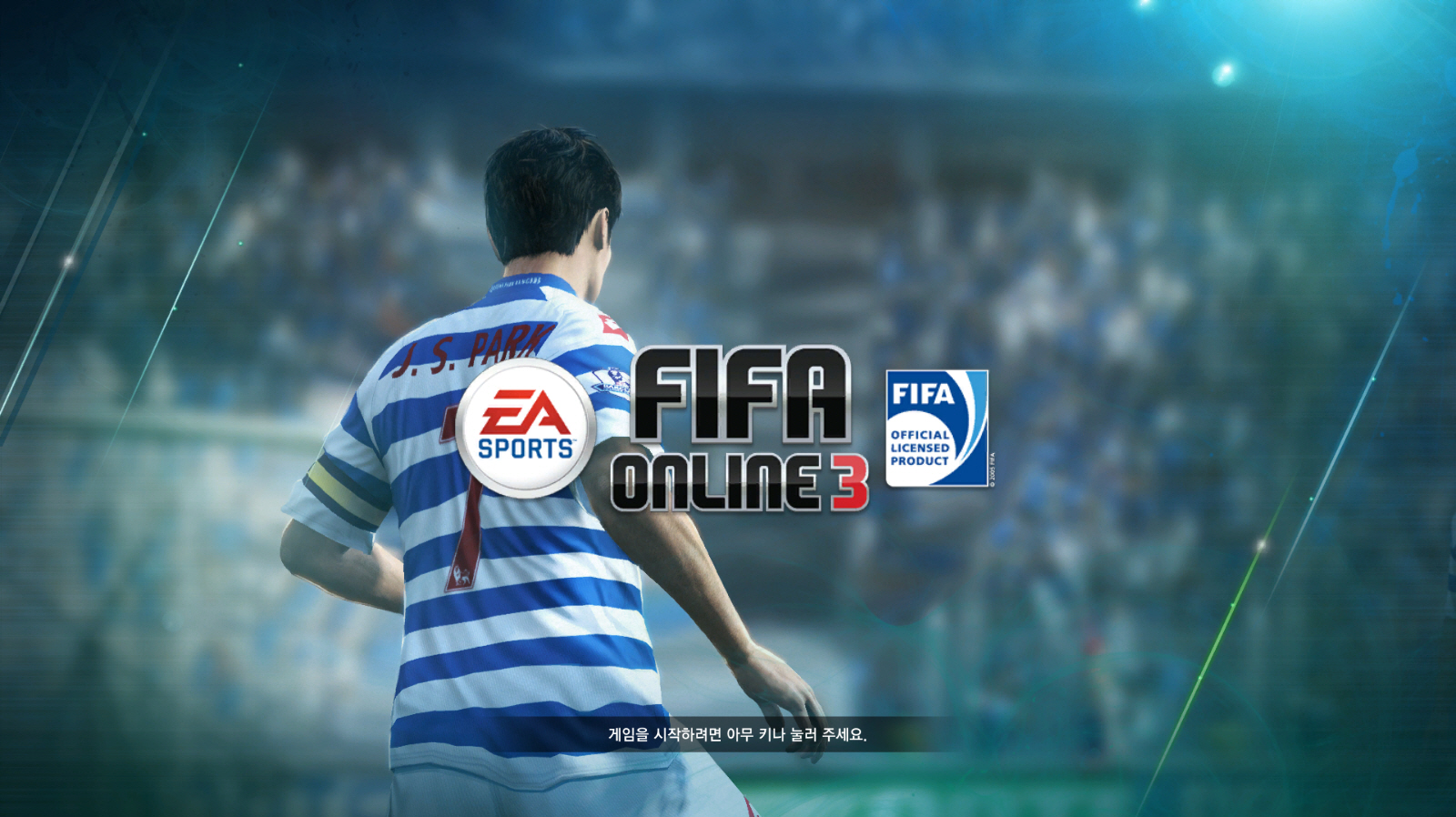 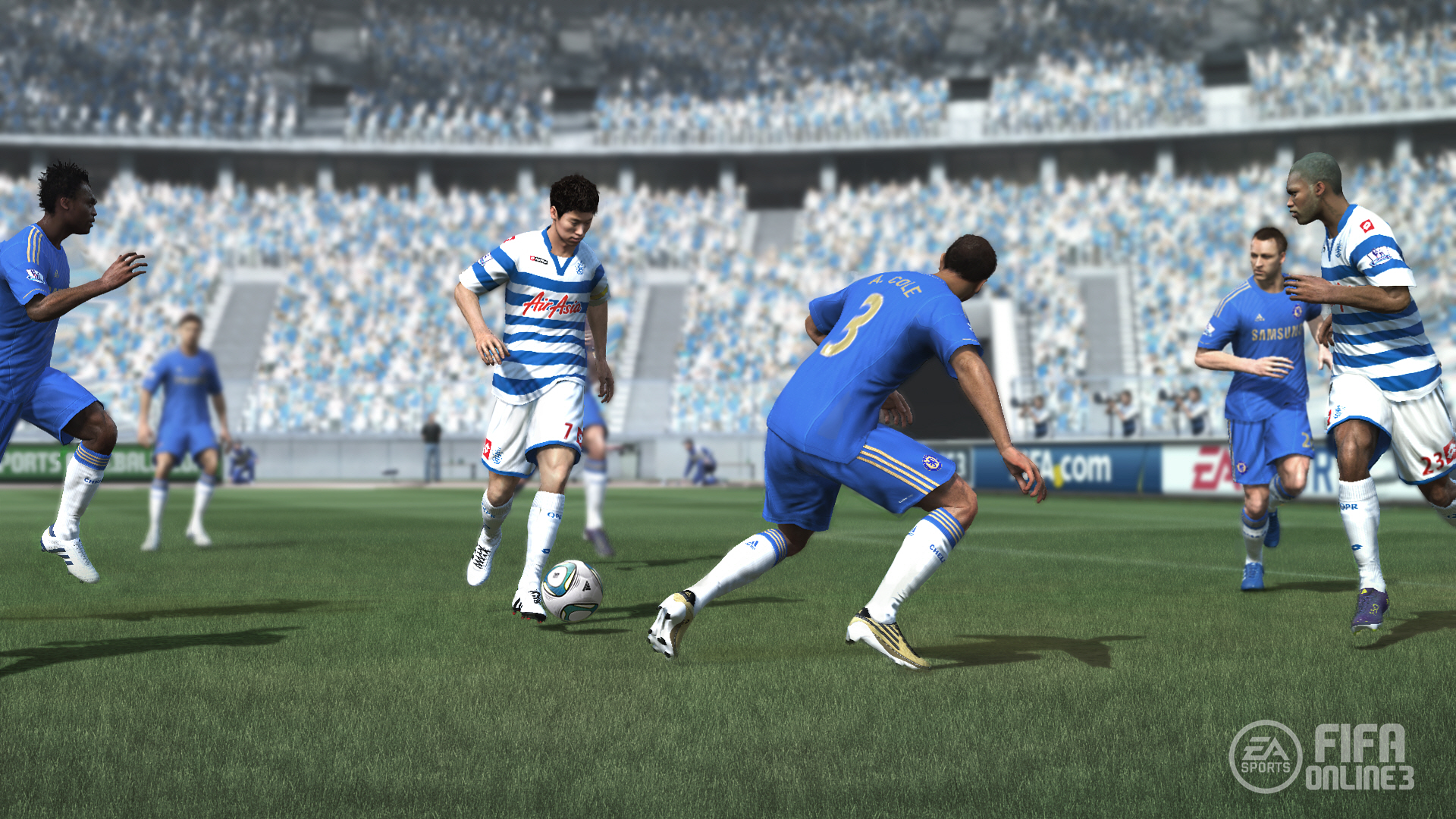 FIFA Online 3 is running on the current FIFA engine used (PC, X360 and PS3). Closed Beta registration were limited to 20,000 players and took place between the 20th  to 23rd of September 2012. The public online beta began on the 18th of December 2012 and the game is expected to officially launch in March of this year. Early reports from the online beta all indicate that it offers a far superior gameplay experience when compared to it’s predecessor, not purely due to the use of the current FIFA engine but in part due to some major gameplay innovations that the FIFA Online market had not been exposed to previously. 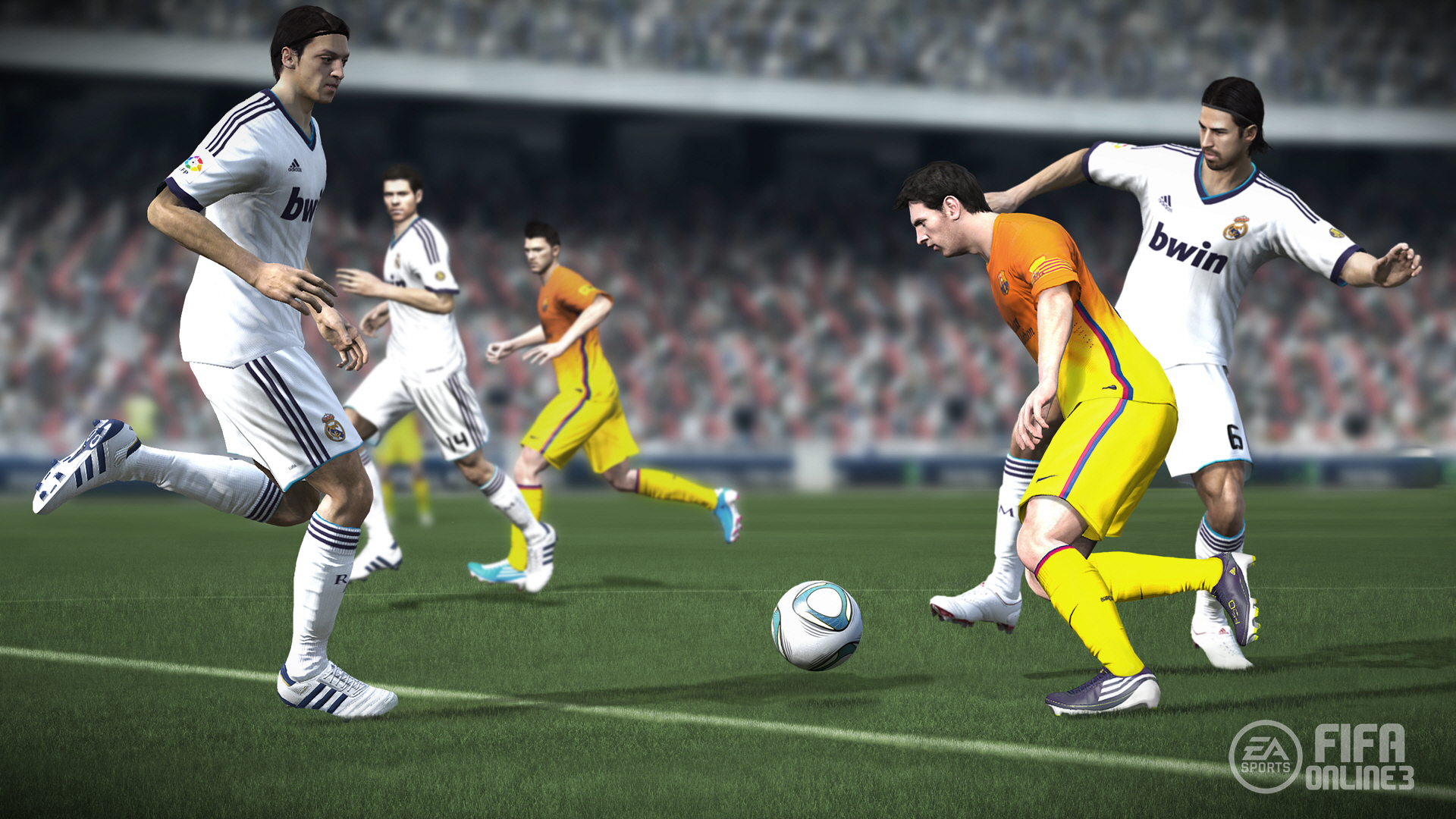 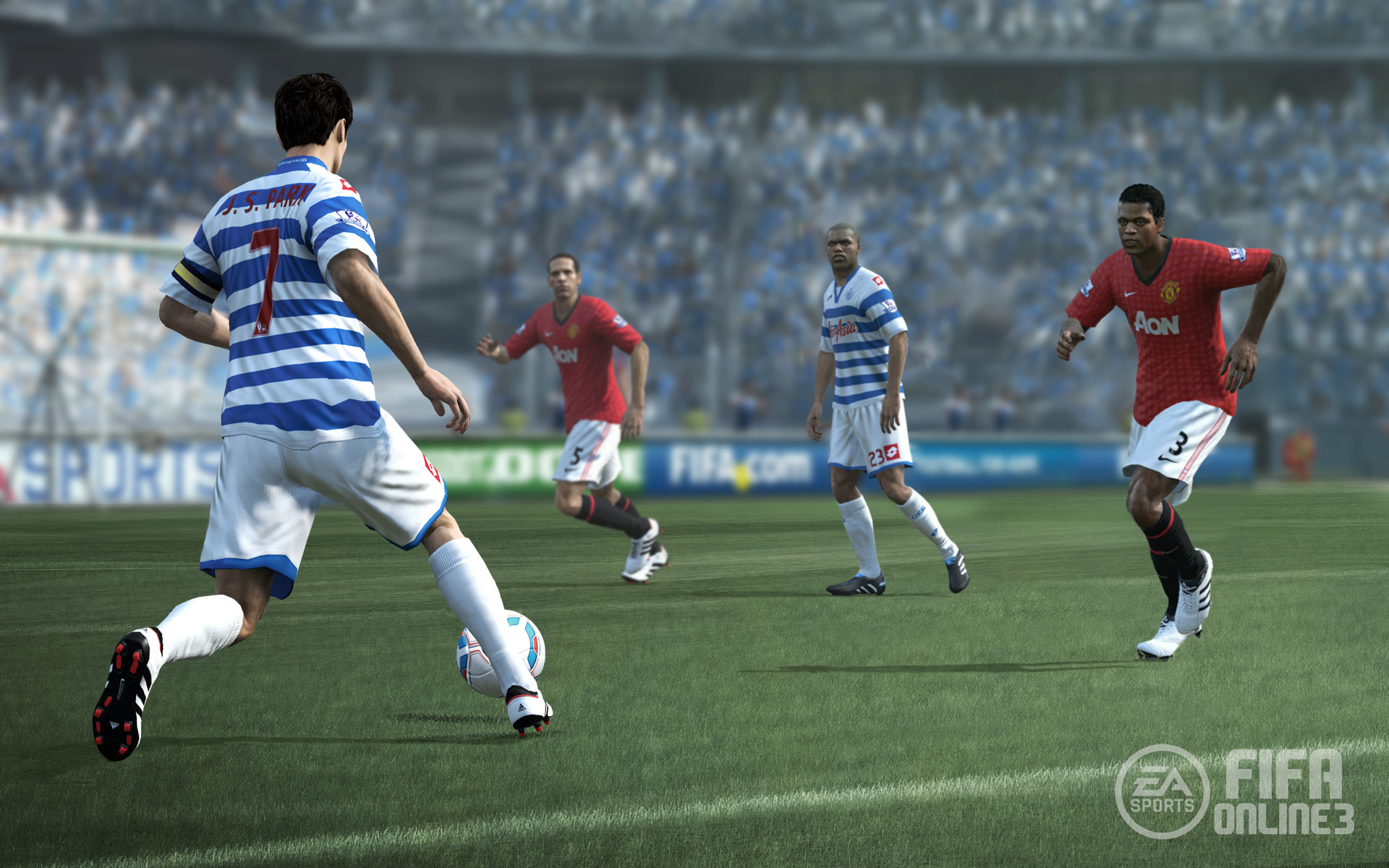 When FIFA Online 2 servers close in over a month, the current FIFA Online community will flock to Nexon’s successor, building upon an already impressive user base in beta version. Apart from enhanced graphics and the addition of several new modes, FIFA Online 3 will also feature an improved player transfer system and in-game shop offering a vastly increased number of options and upgrades using XP points and micro-transactions.

With new consoles on the horizon and a generation that will fade into memory in a couple of years, EA can finally offer the current gen engine in a free-to-play model. Given the vast sums of finances required to develop FIFA game engines, EA must attempt to recoup these expenses by selling their game to console owners. The financial success of FIFA over the last 5 years means EA have repaid the investment they made years ago developing this current engine. As of yet the industry has not entirely shifted to specific-game subscription based services and micro-transactions do not appeal to the masses. It will be interesting to see if this cycle of a yearly version continues, particularly if cloud gaming and free-to-play models become more prominent. 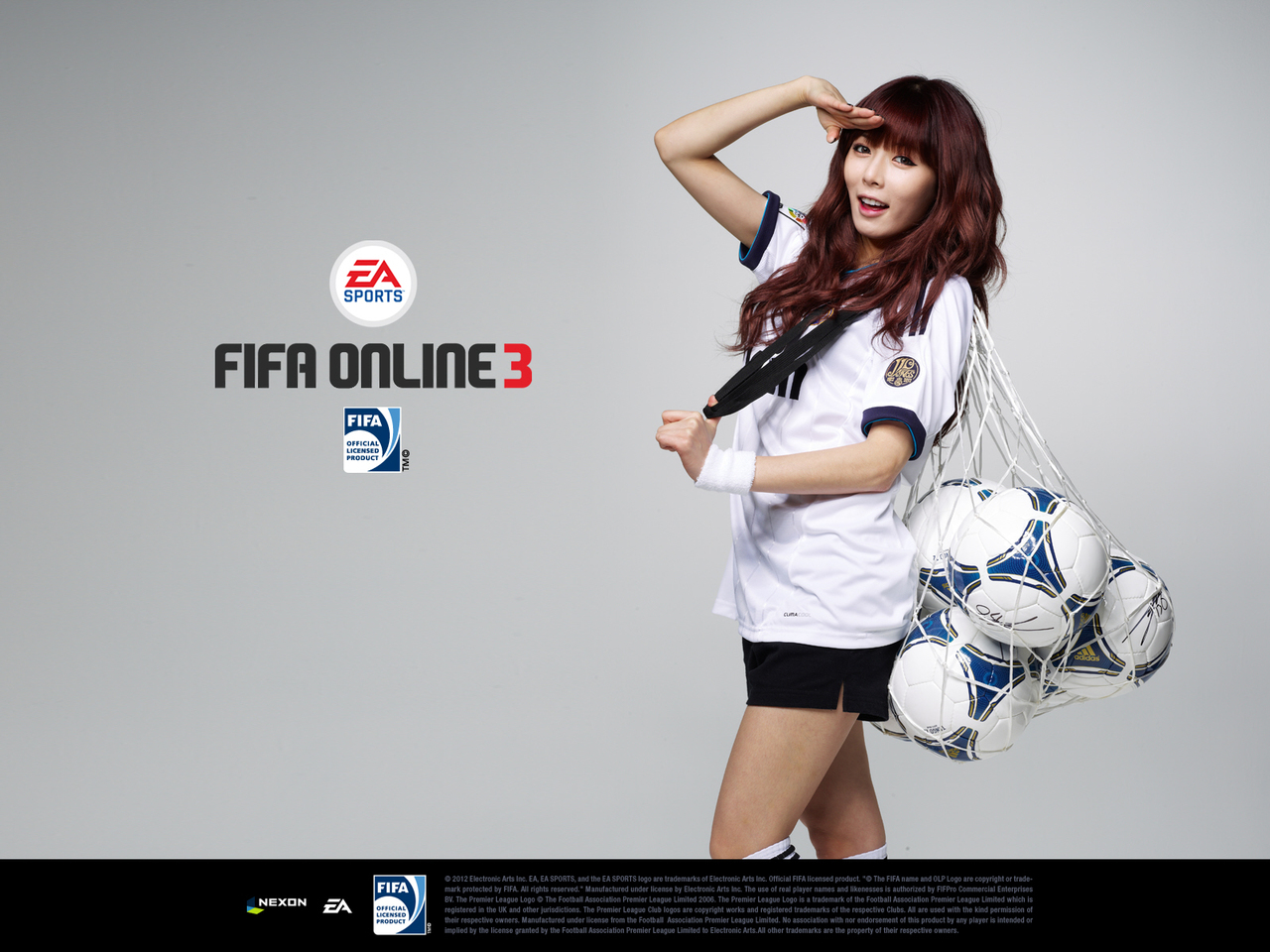 There is no doubt that FIFA Online 3 represents an product experiment for EA that will allow them to strategically plan for the future of FIFA as a major video game franchise. As the landscape of the games industry changes from physical media to digital distribution and streaming, FIFA Online will provide EA Sports with the experience and data they require to morph the brand as they deem necessary in the future.

In the foreseeable future, we still expect FIFA to be launched on a yearly cycle as a physical media, particularly as the PlayStation 4/Orbis and Xbox Durango/Infinity will support physical media using Blu Ray drives. What will be interesting is how the development of FIFA in this next generation is handled for PC. As many of you will remember, in this current generation the PC version lagged behind the console versions for a few years, to the furry of the massive PC gamer community out there. Until FIFA 11 the PC version was still using a hybrid engine that was not as advanced as the PS3/X360 versions of the game. 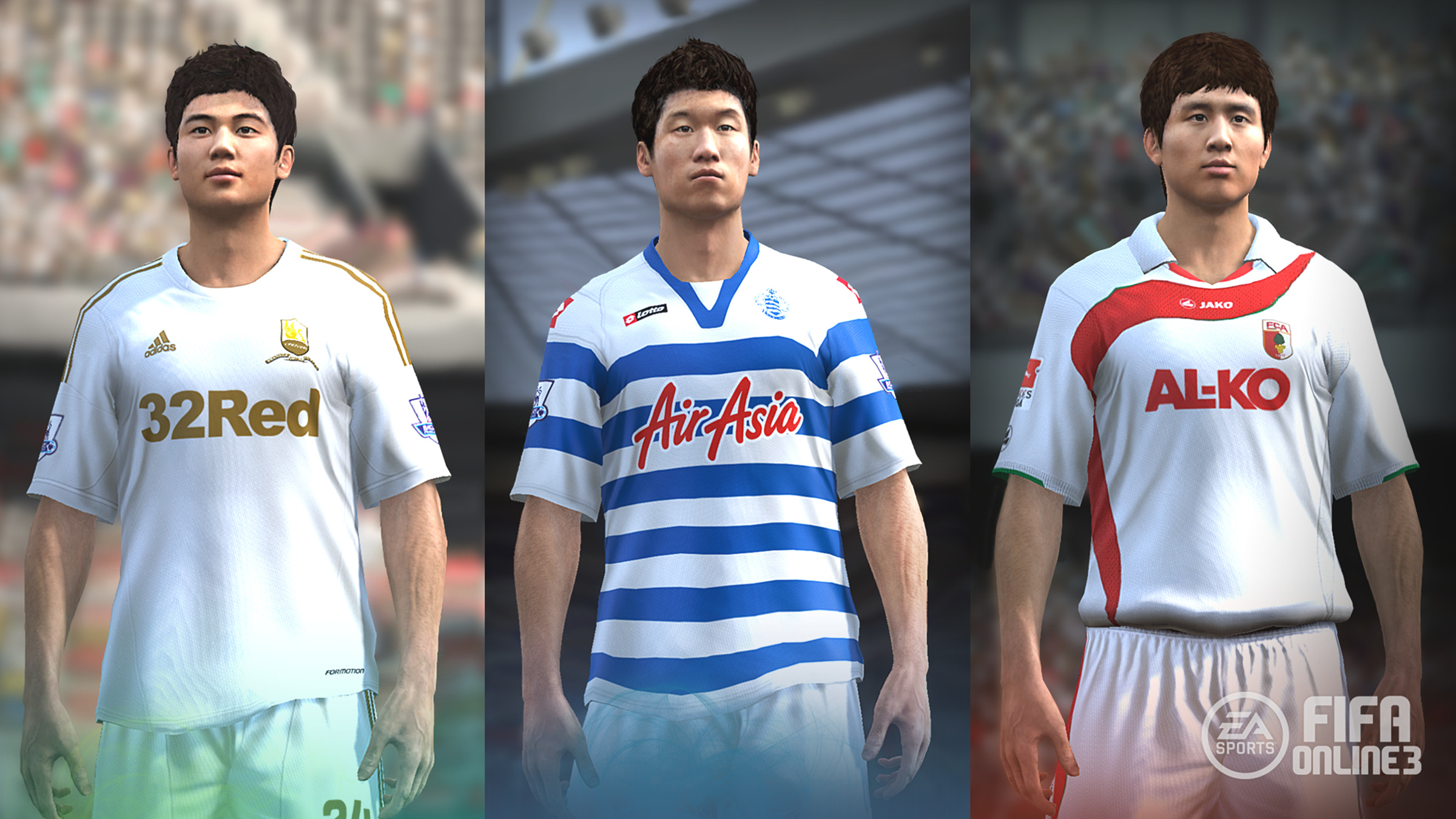 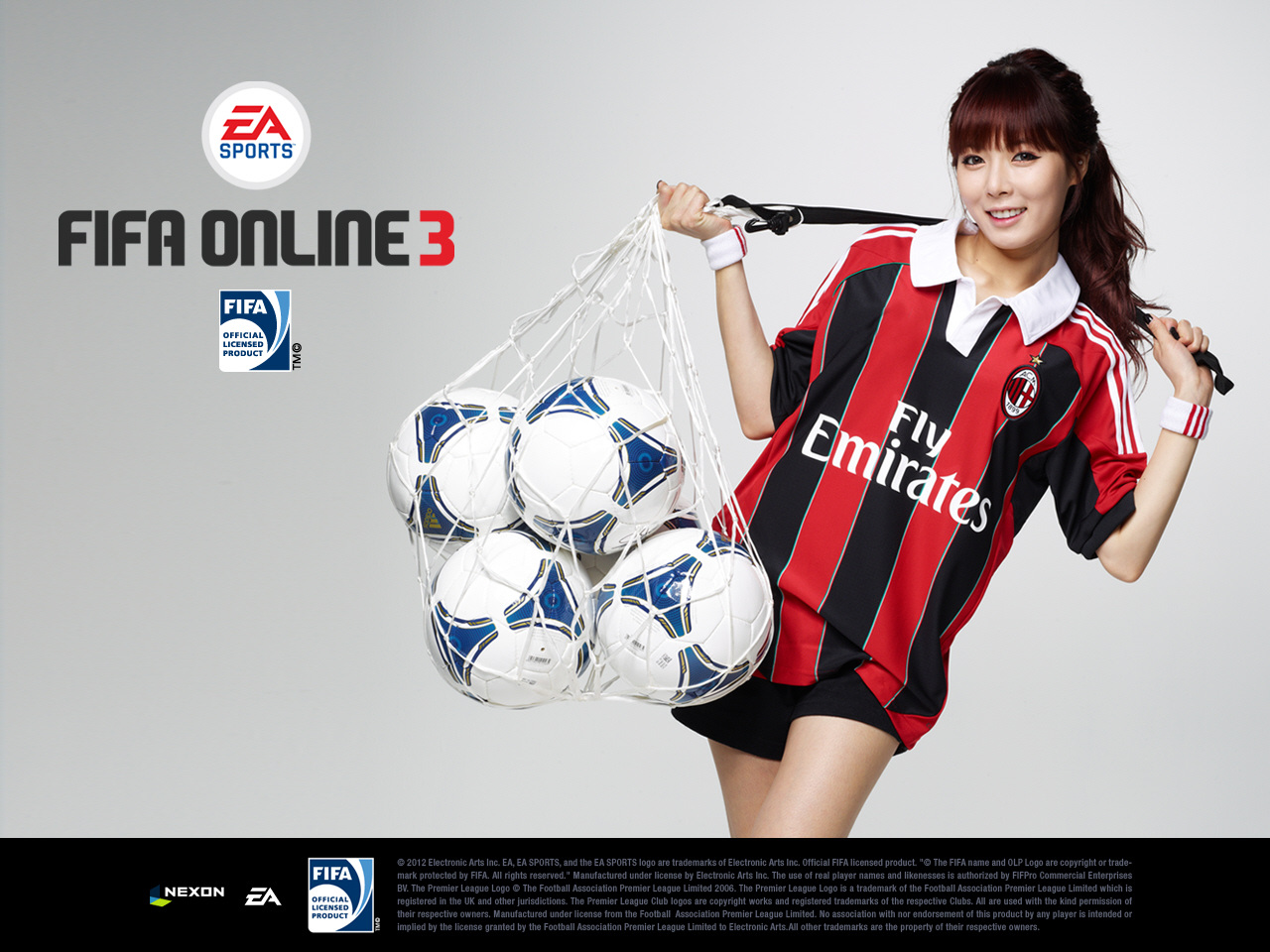 With the huge adoption of game modes such as Ultimate Team, EA has found a new significant source of revenue with in-game micro-transactions becoming stronger year on year. Most games analysts believe that this is the beginning of a future where the video games market is increasingly dependent on in-game purchases and subscription fees and moves away from a yearly physical media. Although this future is still a long way away, the seeds have already been planted with many of us paying for additional content and features in many of our video games today.

As excitement builds for the next generation of consoles, naturally so will our anxiousness for a next-gen FIFA. But in the meantime to quench this thirst, give FIFA Online 3 a go. It might just be the thing for you.

Just for your viewing pleasure, more eye candy (videos) below.