I don’t think it would be an exaggeration to say that the release of Gran Turismo 5 was a bit of a shambles. A prologue version that many people saw as a glorified demo, delays galore and a final product that was all over the place in terms of quality. It was a bit of a circus in all honesty, but a necessary wake-up call that the series and its creators needed. The naming of a street in Ronda after the series’ creator aside, the build up to the release of Gran Turismo 6 has been fairly considered and low-key. Being released after the PS4 has probably helped keep the hype down to a minimum, but it seems like there’s been a clear focus from the development team to make sure ‘the real driving simulator’ tag actually means something this time around. Has Polyphony Digital succeeded in doing exactly that? Read on to find out. 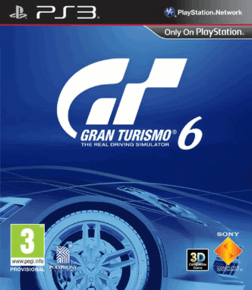 A new physics system is at the heart of the slightly different approach, and it’s a marked improvement over what was on offer in Gran Turismo 5. More than any other game in the series, you now feel the difference between each car in other areas than just the speed. There’s a bit more of that ‘edge of your seat’ feeling about each race, something that was severely lacking in the last entry in the series. It’s not quite up there with Forza Motorsport 5, but the fact that to some degree you now feel every element of the car as you zoom down a straight or push it around a corner is very much welcome. That said, at times, cars still kind of feel like they’re glued down to the track. By that I mean that you don’t really feel you can push a car to its limits or there’s any “danger” when you tackle a course at full pelt. It almost feels like there is some kind of anonymous force keeping your car weighted to the track. It’s slightly less of an issue with all the assists turned off, but still present at some level even then.

Staying with the on-track stuff, the enjoyment factor of races is definitely improved thanks to the new physics system, but the AI remains pretty much as rigid and bland as ever. I don’t want to compare it too much to Forza Motorsport 5 as that’s on the Xbox One, but when you look at what Turn 10 has done with their ‘Drivatar’ feature (make sure you read our review) and then take a gander at the AI in Gran Turismo 6 it’s very hard not to be disappointed. While it’s not truly awful, it hasn’t really moved up a level since Gran Turismo 5. Occasionally AI cars will defend their position or battle to take yours, but these instances are as rare as can be. 95% of the time they’ll stick to the racing as strictly as possible, diverting only if they’re pushed or shunted by you. To keep a racing game fresh and fun you need a good mix of content and gameplay, with AI playing a huge part, but sadly that’s one area Gran Turismo 6 fails to deliver in.

As you can probably imagine, this has a knock-on effect on the game’s mammoth career mode, making it even more of a grind than it already is. You see, I don’t know if it’s just me, but it seems like Gran Turismo 6 doesn’t give out as much credits as previous iterations for the same type of events. Cynics out there might say this has something to do with the micro transaction model that’s been introduced, but I honestly don’t think that’s the case here. The biggest contribution to the grind is that you no longer get cars as prizes for winning a cup or series of races. On the plus side this means that you’ll get to spend more time with early purchases and really learn the way their nuisances , but that’s clutching at straws a bit as it means you’ll wait a long time before getting your hands on the faster cars. Like the drab AI, it also kills any real career mode variation and keeps things about as fresh as a two month old dirty sock.

The career mode model has been improved though, with the old system thrown out of the window and new streamlined one being introduced. Broken down into classes that get progressively harder, you’ll now get a star rating out of three depending on how well you do in an event. The more stars you get the faster you’ll open up new events and progress through the career mode. It’s pretty simple, but compared to what was present in Gran Turismo 5 the new system is a god send. Once you reach the required number of stars in a class, you’ll then be given access to a license test consisting of all the usual Gran Turismo favourites. Once you pass all the tests you’ll move onto the next the next class and so on. Oh and class events are nicely broken up with little mini-challenges too, helping to keep proceedings a little varied at best. Credit to the Polyphony Digital for listening to feedback and improving career mode in certain areas, it’s just a shame that it’s let down by a few on-track issues.

Presentation is another area where Gran Turismo 6 is very much hit and miss. It should come as no surprise that the game looks great, but I was still taken aback by just how beautiful it is. Polyphony Digital are churning every last bit of power out of the PS3 here and it really shows. Whether you’re racing with a premium or standard car (yes, the distinction is still there) you can’t help but be impressed by the attention the development team has lavished upon each four wheeled beast. Tracks and the environments within them could be better though as some look ever so slightly dull, but for the most part even they look decent. What isn’t great, especially when you look at it within the context of the overall product, is the damage model in Gran Turismo 6. It’s extremely basic and deeply underwhelming, poor even. I understand to some degree that series has always been about showcasing the beauty of cars and that damaging them would be go against them, but we’re in 2013 now. When every other racing game out there has a decent damage model, for the ‘the real driving simulator’ to have the weakest of all is a little concerning. Even if you drive around at 100mph or above and bash the car into the environment several times, you’ll end up seeing a small bit of damage that has no correlation with what just happened on the track. It’s crazy. Engine sounds are also a tad laughable, coming across more like a stuttering dishwasher more than anything else. Again, for a title that champions vehicle authenticity, stuff like this stands out like a sore thumb.

One area where Gran Turismo 6 has most definitely improved though is the menus; you can actually make sense of them now. Check out the video below this paragraph for a detailed look at them, but in short they are so much easier to navigate compared to the mess that was Gran Turismo 5. Everything is clearly laid out and you can get to where you want without any issue at all. It feels weird to talk about a game’s menu system in detail, but when it’s a huge part of a title like Gran Turismo I think it’s definitely worth mentioning. From class events to car dealerships, everything is there at your fingertips just waiting to be accessed. The latter is even broken down into recommended cars, showing you a selection of rides that are suitable for each class. Handy. A key part of Gran Turismo, there’s even a section dedicated to tuning, filled with all the options you’d expect from the series. If you’re accessing it (or any other section for that matter) for the first time, you’ll even get a handy little tutorial that explains the basics.

In true Gran Turismo fashion, there’s plenty of content and loads to do in this sixth iteration. There are over 1200 cars to drive in 37 locations with around 100 track layouts. Whatever way you look at it, that is mighty impressive. Take into account 190 odd events/races in the career mode, an arcade mode (with split-screen support) and online support, there’s hours upon hours of content available in Gran Turismo 6 for you to get your teeth sunk into. The caveat of the grind and lack of engaging AI remains though. Touching on the online side of things, it’s not as painful as Gran Turismo 5’s set-up, but there aren’t too many changes either. During my time with the game online, I didn’t experience any major issues so it seems to be running quite well so far. Although that might be due to the somewhat limited options. Right now, you can set up a lobby and take on people around the world that way, but in the future (January hopefully) you’ll be able to get into quick matches and there’s the promise of a community section too.

Is Gran Turismo 6 better than its predecessor? Yes, without a doubt. However, it does feel like this should’ve been the game Polyphony Digital delivered when they released Gran Turismo 5. The genre has moved on a bit, and as a result Gran Turismo 6 is a clear step behind. There’s plenty of content on offer, but on the track (with or without assists) it feels like a Sunday stroll compared to Forza Motorsport 5’s intense, edge of your seat racing. It’s still Gran Turismo though, an improved version, and that’s not necessarily a bad thing. I just hope Polyphony Digital up their game with the inevitable Gran Turismo 7 on the PS4.