Come with me, and you’ll be, in a world of pure assassination…

Agent 47 dons his trademark suit and red tie once again, to bring us the first episode of Hitman in a reboot of the classic franchise. With a brief foray into the action world seemingly behind him, how does this origin story compare to the likes of the early games in the franchise? 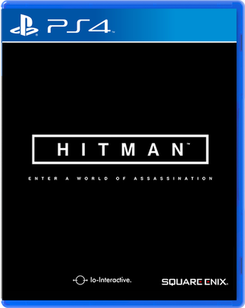 First up, let’s address the elephant in the room. The messaging behind Hitman’s launch has been a mess, with the episodic decision seemingly coming very late on in the day, and even right up to launch, with the prepaid cards for the game stating that the Prologue/Paris pack is a “full game”, even though there’s an asterisk right next to is stating that it requires an add-on for the full experience. If you’re buying the “Intro Pack” for £12 then looking to experience the rest of Hitman, be prepared to shell out a little bit more than the £45 that the “Full Experience” pack will cost you. There are going to be a total of 7 areas (including Paris) which will release in 2016 at a cost of £7.99 each. The “Upgrade Pack” is essentially a Season Pass, will get you all of the remaining 6 levels and will set you back £37, but it’ll still cost you more than the “Full Experience” will if you just purchase that up front. In addition to this, there will be a full retail disc released in January 2017 (if you’re prepared to wait). Confused? Well, try not to be. Because Hitman is good.

Really, really good! In fact, I’ll go so far as to say it is excellent with a few minor flaws, but we’ll come onto those. In the past, the Hitman games were all about finding tiny chinks in the almost impenetrable armour presented by the situation 47 finds himself in, and exploiting them to create “terrible accidents” that allowed you to escape unnoticed once the mark is eliminated. These were always my favourite type of missions, perfecting the timing to execute (if you’ll excuse the pun) “the perfect kill”. Learning the tricks of both the environment and the movement of the inhabitants to create a wonderfully twisted Rube Goldberg machine, resulting in some poor sod’s demise as I waltz, carefree, through the front door. The new Hitman takes this concept and runs with it, and it’s all the better for it. Sorry, all you fans of rubber and holy women, but this is strictly a stealth affair. To be blunt, if you have to use a firearm on anyone but your target, you’ve fucked it.

The Prologue is essentially the same content found in the Beta. Starting with an ominous “20 years earlier…” text, the game throws you into the ICA Training Facility, recreating two “classic” missions from the past. The first is set on a yacht, the second in an aircraft hangar. It’s a great introduction to the mechanics within the game, setting you up for the main course of this opening feast of stealthy elimination.

Once you’ve dabbled in the staged, plywood settings of the training, it’s time to get your hands dirty in the Palais De Walewska. This fictional museum is truly stunning in its design, and has been meticulously filled with NPCs and everything required for a High Society event such as the fashion show that Viktor Novikov and Dalia Margolis are throwing. Novikov’s fashion brand, Sanguine, and its newest collection, is the elaborate front for a top secret auction held by IAGO, a secret spy organisation which focuses on selling government secrets. The halls of the Palais are lined with security guards, stage crew and fashionistas, all ready to take you to task if they don’t recognise you. Of course, with the right disguise, you can probably make it past a few of them, right? This is where the AI comes into play. If you disguise yourself as a humble waiter, you might be able to fool the likes of the snobs who look down their noses at you, but can you fool the bar supervisor? Hell, you might even get to stroll right past the guy blocking the door to the backstage area. Each and every person has their own “circle” of people that they’d recognise, and their own area to patrol. Get spotted in one of the dining halls punching a guy in the throat? Make yourself scarce and head to another area, it’ll take a while for the word to get round. It’s a neat mechanic that has been improved massively with the power of the new consoles, and it’s a refreshing change to be able to move between rooms in the building without having literally everyone alerted to your presence.

One of the newer mechanics that has been introduced to the game are the “Opportunities”. These optional prompts will appear on screen to let you know that one of the “set piece” endings is unveiling right before your eyes. Whether it’s helping a young lady find a lens for her camera, or someone pointing out that 47 bears a striking resemblance to the main star of the fashion show, Opportunities are there to give you a gentle nudge in the direction of a kill that is guaranteed to either look spectacular, leave no traces of your presence or, better still, both. Of course you still need to work out just how to do certain elements of the assassination, but it’s a great place to build from.

If the “Showstopper” mission to kill Margolis and Novikov is the main course, then the sublime “Contracts” mode returns as a delicious pudding to help round out this debut. Whilst playing out the scenario, you can totally ignore Margolis and Novikov and set your own challenge for the community to tackle. You can set parameters for the kill (has to be dressed as a waiter, needs to kill with a pistol, etc). It’s an ingenious way of extending gameplay, allowing for some incredibly specific (and difficult!) mini-missions. The ability to mark literally any one of the 300+ NPCs in the level for death make for an impressive amount of replayability, and should help extend the gameplay for a heft length of time. To go one further, Io have created some ultra-tough “Escalation” missions, which will take the most hardened Hitman player and attempt to break them as they try to utilise every element of the environment and their own skill to take their target out. There is also the promise of a new “Elusive Target” mode, which sounds quite cool (an NPC that becomes a target during certain real-life hours, and you only having one chance to complete the kill). These are scheduled to be released “On a regular basis in between major content drops”, and sound like a very cool new addition.

I would be lying if I said Hitman was flawless. There were some times where the AI simply missed things that I was doing, there were a couple of instances where 47 clipped through a member of the bar staff, who then leaned into the bar making our shiny headed hero look like he had a fully grown man growing out of his stomach. There is a disguise that, if acquired early enough, almost breaks the game with how much access it gives you (alongside the fact that it doesn’t raise any alarms despite the discovery of the original wearer’s body). And there was the time I decided to run headfirst at Margolis with a knife out, sprint away downstairs, shoot Novikov and sprint to an exit without the hint of a bullet wound, but that’s how I decided to play that run. For the most part, this is a technically sound piece of work with staggering lighting and incredible attention to detail in so many areas, that the little problems I have with it are easily overwhelmed by the positive aspects of the game. Even the episodic nature fits well, with there being more than enough content to keep coming back to until we see the second mission being delivered next month.

Hitman’s debut in 2016 is a fantastic starting point for this franchise reboot. Shaking off the mis-step that was Absolution has clearly not been easy, but Io have managed to create a brilliant sandbox that will allow you to dispatch of your target using methods from dropping a chandelier on their head (Del Boy would be proud), to blowing them away with an AK47, to making them throw up thanks to rat poison and then drowning them in the toilet bowl. Despite a particularly odd subplot that has almost literally been taken directly from the script of Zoolander, this first section of Hitman is the start of something beautiful. If Io can keep this up with the rest of the missions, then they’ve got a special game on their hands. Who’s up for a trip to Sapienza next month?