It’s probably best to get this off my chest right at the beginning of this preview, I’m a huge fan of the LittleBigPlanet series. I adore the simple nature of the platforming based gameplay, but it’s the fantastic creation tools that keep me and many other PlayStation 3 users coming back for more. They essentially present you with endless possibilities every time you decide to jump in, allowing you to play, create and share (ironically that’s also the game’s tagline) with others. With that in mind, I obviously jumped at the chance to preview LittleBigPlanet on the PlayStation Vita, set to be released this coming September. The usual development team, Media Molecule, has stepped aside, handing Sackboy and friends over to Double Eleven and Tarsier Studios. Is the decision to change development team shaping up to be a good one? Read on to find out. 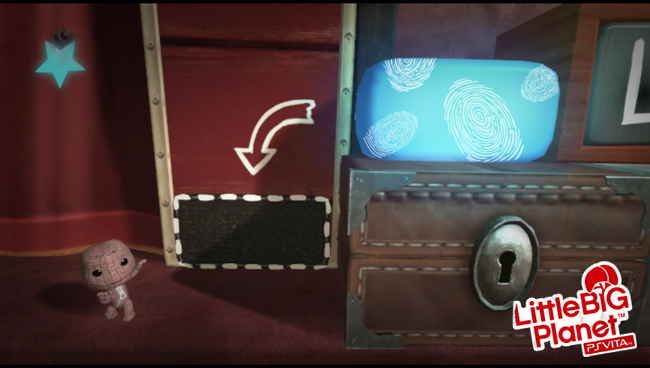 One thing that really strikes you when you first start playing the game is just how beautiful it looks. It’s incredible that the folk over at Double Eleven and Tarsier Studios have managed to make the game almost identical to its big brother on the PlayStation 3. When you take into account the platform and the limited processing power compared to the PlayStation 3, they really have done an expectational job and created quite possibly one of the Vita so far. There are a few instances where the game looks slightly pale compared to the PlayStation 3 version, with the blacks occasionally giving off a grey ‘tint’, but it’s not a major problem in the grand scheme of things. That slight issue aside, LittleBigPlanet on the Vita really is something to behold. It’s clear to see that Double Eleven and Tarsier Studios have spent time replicating the look of the PlayStation 3 version. 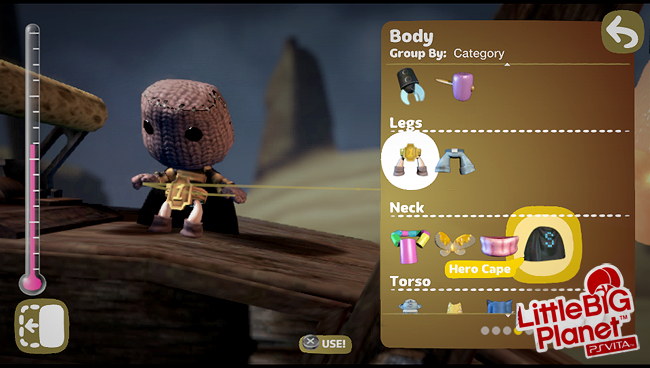 The story in LittleBigPlanet on the PlayStation Vita focuses on a mysterious world called Carnivalia, throwing up a huge amount of levels and challenges for you to deal with. On the gameplay front, the Vita version is essentially more of the same when compared to its PlayStation 3 counterparts. That, of course, means that you’ll guide Sackboy through various different worlds and user-created levels by jumping, hanging, pulling and collecting various bonuses along the way. The control scheme feels both fluent and free even though the analog sticks and your viewing experience are reduced in size. If anything, thanks to the smaller screen, it makes your interaction with the game more engaging. For the most part, you’ll use the Vita’s analog sticks as your main method of control, but one new addition to the LittleBigPlanet family is the ability to use the touch controls. To say the Vita’s touch screen and rear touch pad are both used brilliantly would actually be a massive understatement. In a god way, they make the game feel so different. They work exactly as intended and are not thrown at you just for the sake of it. Whether you’re using the touch screen to pull down spring-based platforms or bringing up your customisable poppet, the touch controls feel superb and so intuitive that you’ll think they should’ve always been part of the series. When you experience the new touch sections, they might feel slightly strange at first, but once you play for them for an hour or two you’ll find everything coming together and it all feeling natural. 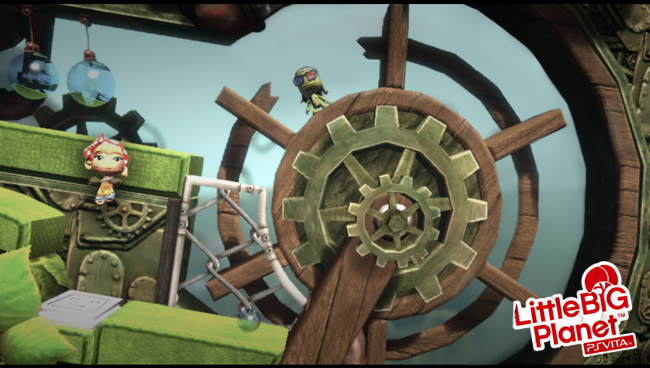 The only slight issue about the game at the moment relates to loading times. Whilst they won’t really hamper your overall enjoyment, they are noticeably long. Hopefully this is just a preview code issue and it’s resolved before the game is officially released. As mentioned previously, the Vita version of LittleBigPlanet features the full array of modes just like its counterparts on the PlayStation 3. There’s a full story mode complete with Vita developed levels that take advantage of the touch controls, plus you’re allowed to create and share levels via the PlayStation Network. The Vita version also features various mini-games that are dotted around the story mode, with one of the highlights being a nostalgic blast from the past similar to the ‘bash-a-mole’ arcade games of yesteryear. It’s a simple but highly addictive idea, and you’ll notice yourself keep going back to it for one more attempt. 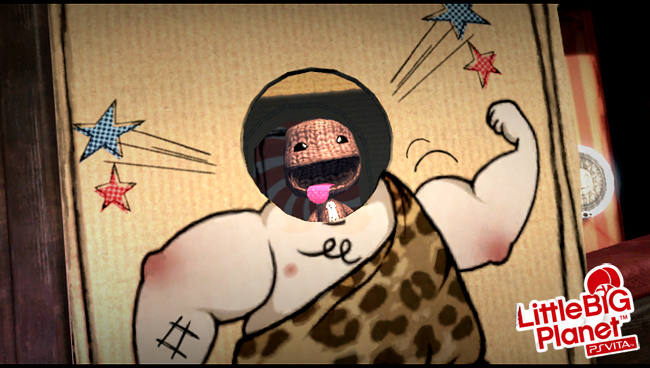 LittleBigPlanet on the PlayStation Vita really is a breath of fresh air and is a title that the Vita hardware has been crying out for. The touch screen controls are superb, and the fact that the game has been crafted on a portable without jepordising modes or gameplay quality is just astonishing. This is one title that all PlayStation Vita owners need to experience, especially if you enjoyed any of its PlayStation 3 counterparts. Based on my time with the preview code, to say I’m looking forward to its release in September would be a massive understatement.