Lords of the Fallen Review

Set in a world ruled by a fallen god, where every sin is accounted for, Lords of the Fallen hacks its way into the current generation with its influences firmly on its sleeve. Can this action RPG hold the appetite of gamers hungry for Bloodborne? 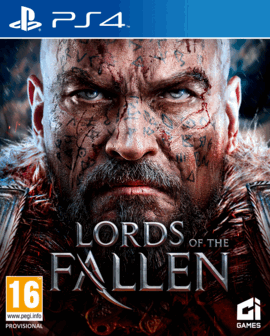 Before I get started, there’s a bit of a confession to make. I got stuck on Lords of the Fallen, and as a result, this review won’t go into much on how the story pans out, and will instead focus on the content I have played through so far.

Lords of the Fallen, from the get go, makes it extremely obvious where its influences lie. The weighty combat mechanics and somewhat unforgiving difficulty, combined with the “recovery of ghosts to regain XP” mechanic make LOTF a Dark Souls-esque title, with the difficulty spike to match. Where LOTF differs, however, is the abundance of save points as you make your way through the world. You’re never far from another point that will refill your health and all of your potions, and it’s a bit of a godsend at times. Combat feels somewhat slow and satisfyingly brutal. Besting your enemies is all about timing, and just like in From Software’s games, it’s important to learn animations and hit the dodge/strike buttons at exactly the right moment. As with most games of this ilk, you need to balance your armour with the weight disadvantages, as you will move much, much slower if you so much as tiptoe over the weight limit. Keep an eye on your energy meter too, as every hit counts whilst you attack your foes, missed sword swings can lead to a massive delay in your next one, causing an open target for you to be struck in.

In addition to the weighty and deliberate combat, there is a robust upgrade system that will allow you to go down one of three paths set at the beginning of the game. It’s an intricate system that requires upgrades to be done at the aforementioned checkpoints, which gives extra incentive to reach the next one before losing your ghost. I should really state that I’m not the biggest fan of the Souls series, and like those games, I found this a little hard to get into. It’s definitely a well made game, and it’s not “bad” by any stretch, but I struggled to get engrossed in the world that I found myself immersed by. There are plenty of hidden areas to explore, and people to forge allegiances with to make your way through the game.

In terms of visuals, the game certainly looks impressive. Running at a native 1080p on the PS4, environments and characters are impressively rendered. Not only are the environments beautiful, but also highly destructible. If you fancy throwing your weight around to relieve a bit of stress, feel free! You may well discover a few more hidden areas in the process. However, there are a couple of niggles I have with the graphical design. There are a few framerate problems. It mostly stays fairly steady, but it is seemingly a hair below 30fps, which leads to an odd jerky effect as the camera swings and dips around you which sometimes left me feeling a bit nauseous. There is also some quite irritating screen tearing at times as well. It’s somewhat disheartening, but a day one patch has been announced that should smooth some of these issues out. Additionally, it seems that a lot of the enemies in the game are carbon copies of each other, with little (if any) variation on them. It’s a minor quibble, but all in all I can overlook it as it doesn’t impact on the gameplay too much. If there’s anything to complain about on the audio side, it’s that the voice acting seems a little off in places, sometimes feeling quite cheesy.

Lords of the Fallen, at least what I’ve played of it so far, is a challenging and well paced hack ‘n’ slash RPG. If you’re not a fan, or have yet to dip your toes into the waters of the Souls series, it might seem somewhat frustrating at first, but once you get your head round the mechanics and pacing, it becomes a satisfying, if not brutally difficult, RPG.

Whilst it’s not really my cup of tea, I can see this taking a spot in some players’ libraries as the wait for Bloodborne gets ever more excruciating. Whilst it’s probably somewhat harsh to compare it to From Software’s output, it’s inevitable really. This is to its credit and its detriment, as certain elements outpace From’s games, but other areas fall sadly behind. Overall though, Lords of the Fallen holds its own, but fails to do much more than that.