So yes, 2020 was an absolute hellscape of a year. The obvious global “situation” putting everyone into a weird state of flux, and having so many things that were possible before now becoming something akin to running the gauntlet on 90’s TV staple Gladiators just to get a few extra sheets of Andrex. But, we always have video games, don’t we? Lovely, lovely video games. Whether it’s pushing your mate off an inflatable log, creating your own little piece of paradise away from the chaos, to pumping round after round into infected humans, it’s been a stellar year for games overall. We saw 2 (technically 3?) new consoles released, we saw one of the most insane launches of a game in history, and we also had to make the choices that resulted in our top ten list below. You may not agree with them, and that’s fine, but after much deliberation and discussion, here are Team NGB’s Top Ten games of the year. 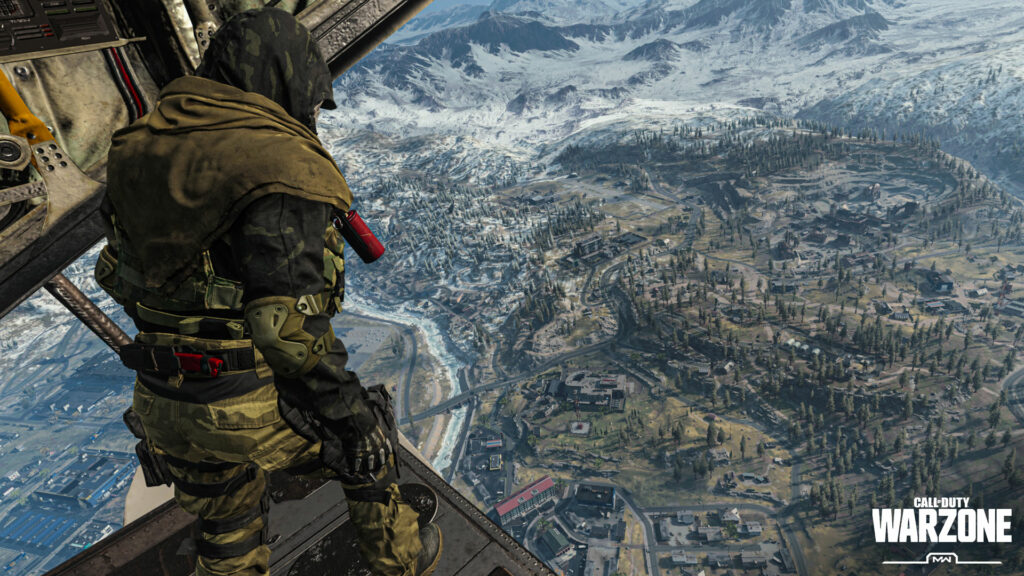 It feels slightly odd sticking a Call of Duty game into our Top Ten, as it’s traditionally a multiplayer experience that we can take or leave. However, this year is a bit different. Unable to go to the pub thanks to that microscopic prick of a virus, we instead had to settle for socialising with pals over Skype and Zoom calls. Unfortunately, Skype doesn’t currently allow you to shoot people through the skull, so instead a bunch of us found our social spaces within Warzone. It seems impossible to think that the game released this year, given how it’s had such an enormous impact, but with its free to play release, and with cross-platform play, it truly helped us to bring together groups of friends that hadn’t necessarily touched a game in a while, and let us stay in touch. While the full fat Call of Duty: Black Ops: Cold War (a title and a half) had an excellent campaign in its own right, Warzone just feels like the right title to throw on this list given how decimated our social circles became this year. There’s a joke in there somewhere about circles getting smaller like they do in the game, but I’m not going to be the one to figure out where it goes. 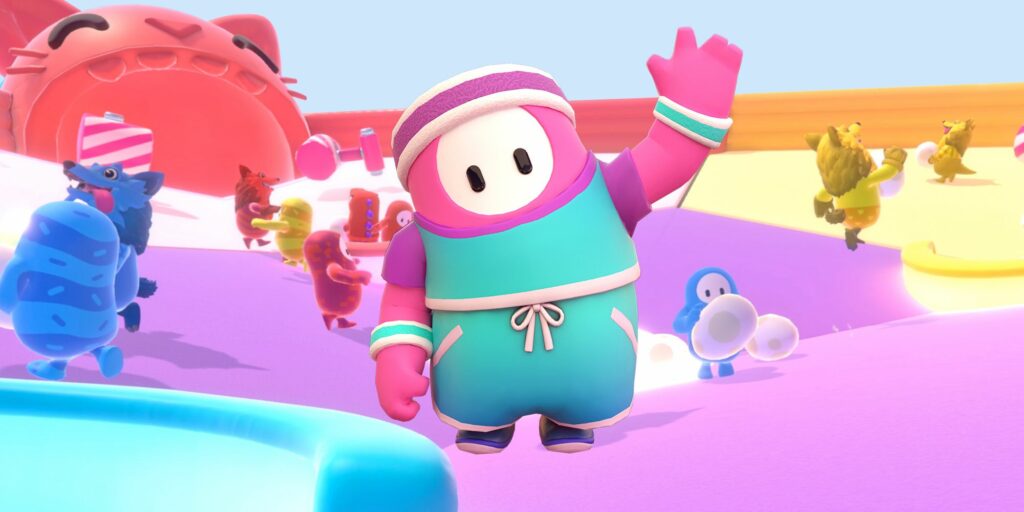 Fall Guys is another game that really helped a rotten year feel a little bit better. Bumbling jelly beans running across a Takeshi’s Castle inspired obstacle course that reminds you of a soft-play area?! It’s an absolute treat of a game that developed a massive following incredibly quickly due to its inclusion on PlayStation Plus. While it feels a little bit like a flash in the pan compared to the rest of the list, it serves as a shining beacon of levity in this absolute crapshow of a year. Immense fun, even if you did break a controller after getting grappled at the last second on Slime Climb. 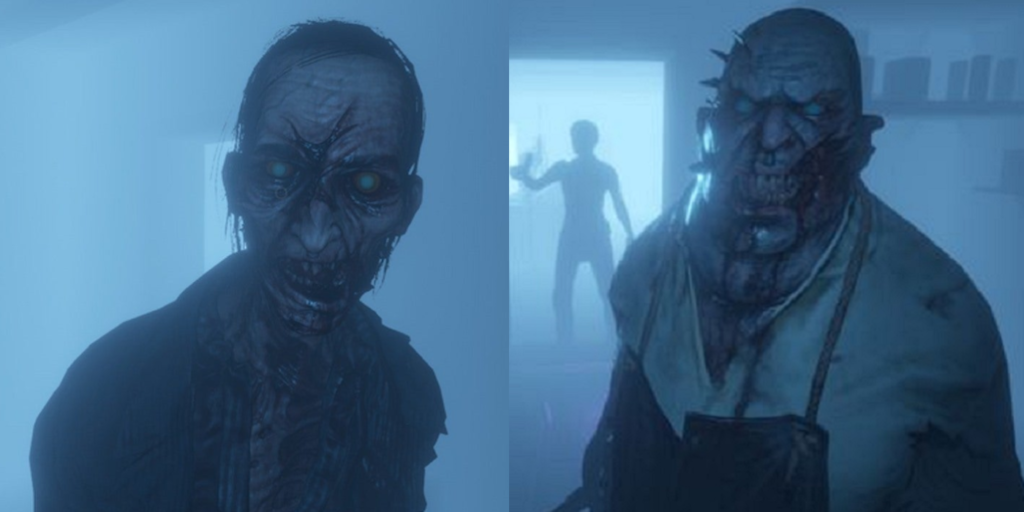 It’s rare that we tend to include Early Access games on these lists, but the case for Phasmopobia was pretty strong. Released around the spooky season, it picked up traction thanks to a ton of high profile streamers giving it a go, and it led to some hilarious moments between the team when they were playing it. Genuinely terrifying, and at the same time a whole host of fun, Phasmophobia is a bit of a marvel when you consider it’s being developed by one guy! 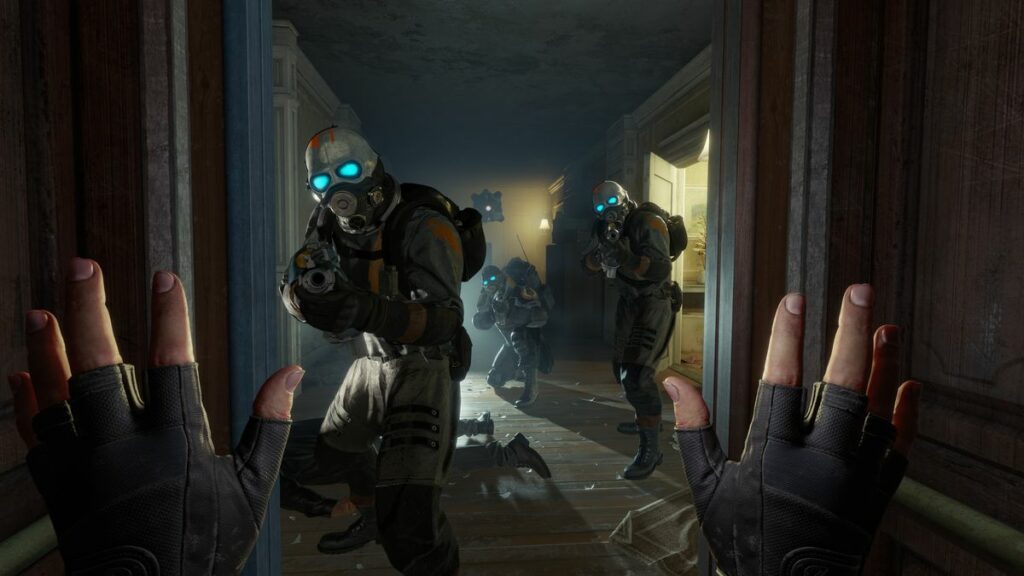 There was a running joke a while back that Valve would make the next Half-Life game exclusive to VR, and that it would sell bucketloads of headsets for them. Well, at least half of that was right. After what seems like an eternity, they finally ventured back into the Half-Life universe and gave us a game centred around, well, Alyx. In what could be considered a watershed moment in VR, Half-Life: Alyx does for virtual reality what the original title did for First Person Shooters. An incredible experience that has to be experienced to be believed, you truly find yourself getting immersed in a wonderfully crafted world. 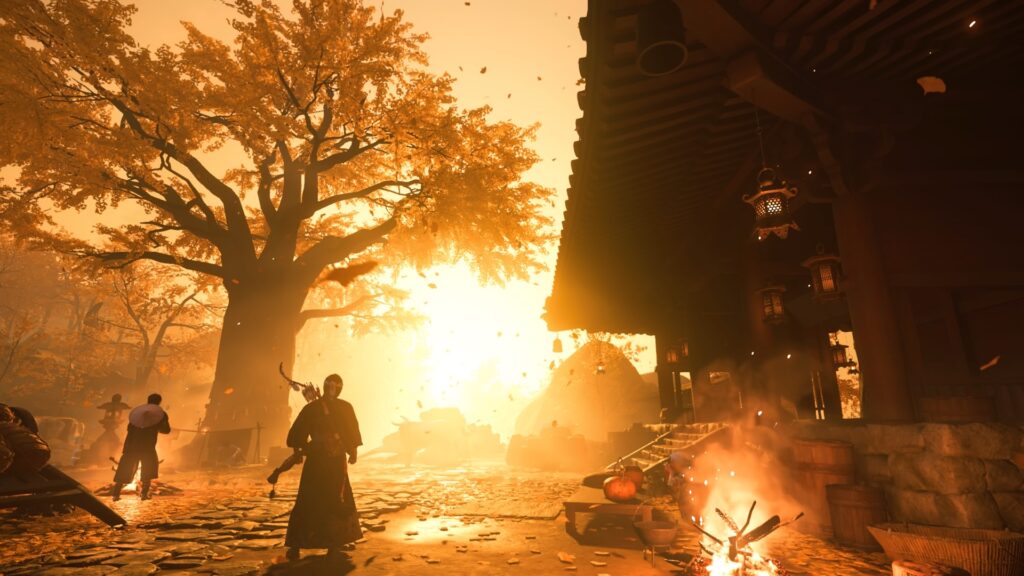 Sucker Punch absolutely knocked Ghost of Tsushima out of the park. After so many years of rumours about Assassin’s Creed going to feudal Japan, along they came and delivered the game that so many were hoping for. Jin Sakai’s story is one of heroism and violence, but it’s delivered in such a gorgeous way that any possible niggles with it simply fade away. The recent 60fps update on the PS5 does nothing but enhance the game in all the right ways, and let’s face it, it wasn’t a bad looking game even on the base PS4! 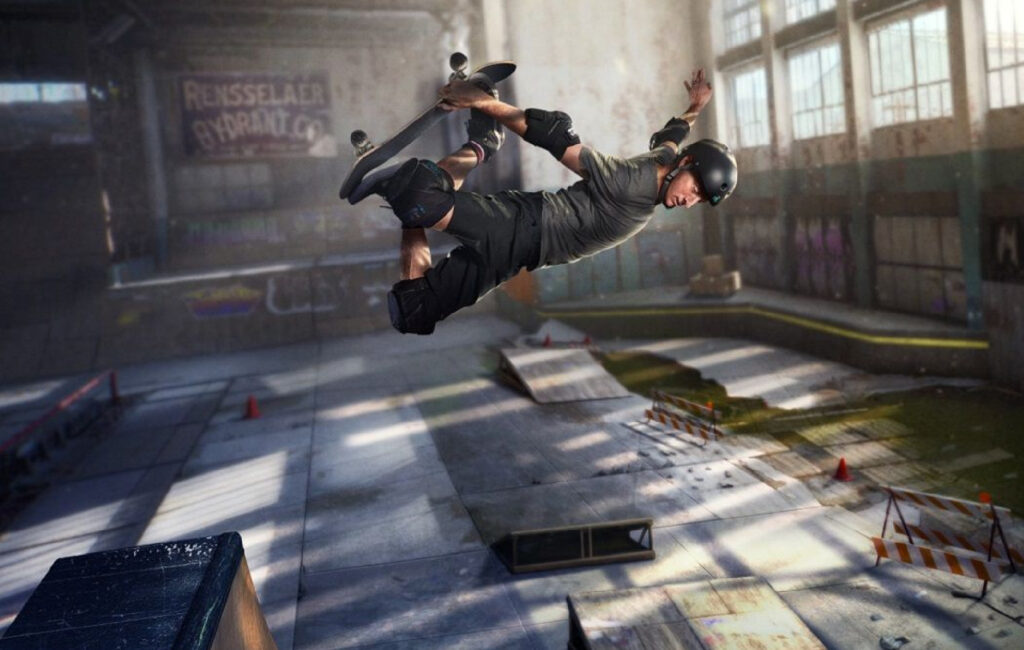 It’s an unusual thing to put a remake into one of our top ten lists, but it’s hard to overstate exactly what’s been achieved with THPS1&2. From the, quite simply, disastrous launch of THPS5, to the general decline of the series thanks to it and the “HD” versions, our expectations weren’t that high. Until we played the Warehouse demo. All of a sudden, the game felt right again. Hitting a vert ramp, slapping R2 to revert, quickly hitting up then down to get a manual going, then jumping onto a rail as we looked for the next spot to continue the combo? Yeah, everything just felt like Tony Hawk again. It looks and runs beautifully as well, with the only real gripe being that you can’t replay the levels with different skaters like you could before. Once you’ve got all the objectives, that’s it, unless you go through the speed run mode. Is THPS3 on the cards next? Well, it’s something we’re certainly hoping for!

4: ORI AND THE WILL OF THE WISPS 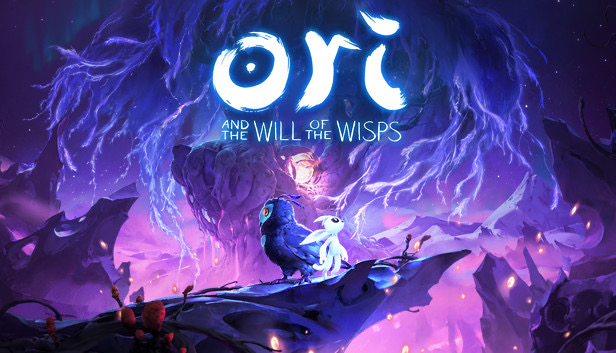 One of the earliest contenders for Game of the Year on our list, Ori’s second outing is a truly beautiful example of what can be done in the medium. Some technical wobbles at launch saw those on an original Xbox One struggle a little bit, but after some patching, they even got the game running extremely smoothly on the Switch! A Metroidvania with a huge amount of charm, Ori and the Will of the Wisps is a title that you’ve got to play if you own an Xbox with Game Pass. Running at 4k60 (or even 120) on Series X with all the HDR bells and whistles is an experience unlike anything else, and yes, it did make me shed a tear or two. 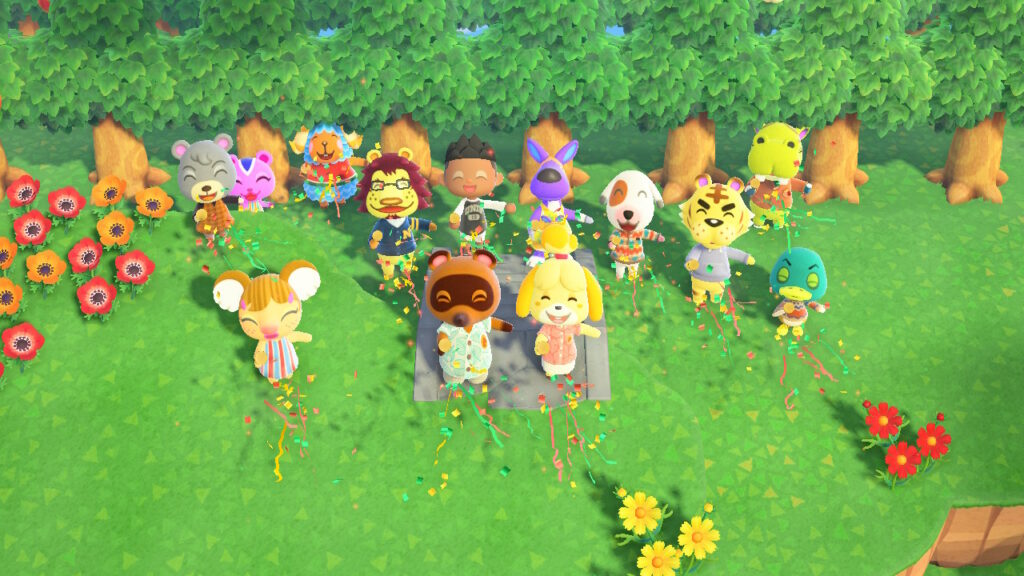 The game that saved people’s sanity during the first lockdown. Animal Crossing was the perfect antidote to the crazy stuff going on in the real world (Well, metaphorically. The vaccine is the real perfect antidote), and gave everybody the break their mental health needed. Who cares if you can’t go down the pub, we’re all figuring out how much we can get for our turnips! Man, 2020 was weird, wasn’t it? 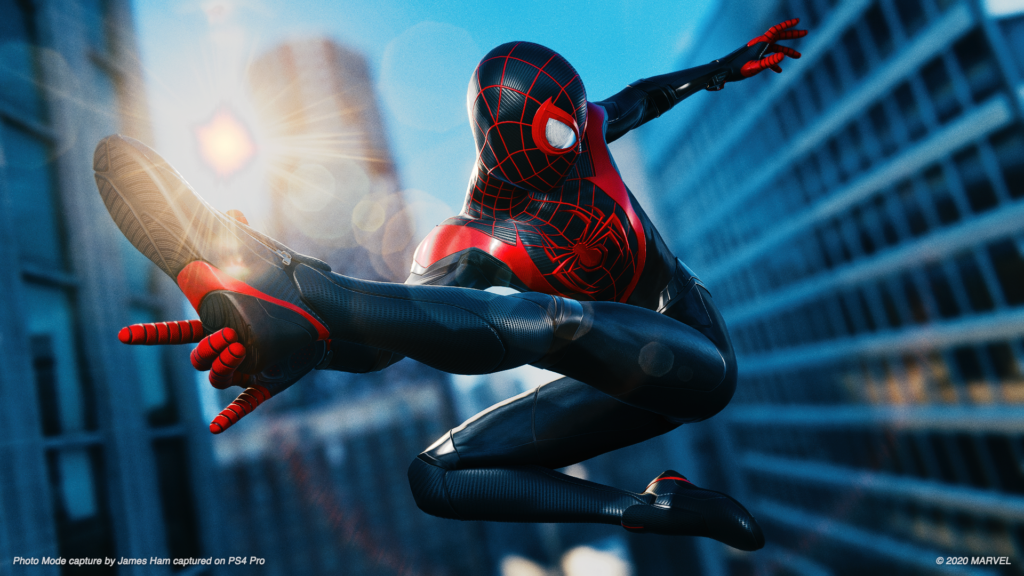 An origin story that’s also a sequel? Well, that’s what Insomniac’s fantastic Spider-Man: Miles Morales brought to the table this year. A perfectly weaved tapestry of story and tech, with some sensational visuals to go alongside the truly heartfelt story of Miles and his struggles of being New York’s only Spider-Man with Peter out on holiday. Yes, it’s shorter than the original, but it’s no less impressive, with the absolutely insane loading speeds of the PS5 being brought to the fore and the sumptuous ray traced reflections looking simply breathtaking. Side missions dotted around flesh out the narrative in some nice ways, and a touch of social commentary really add to what I can only describe as one of the best titles of the year, which is why we put it in at number 2.

GAME OF THE YEAR: THE LAST OF US PART 2 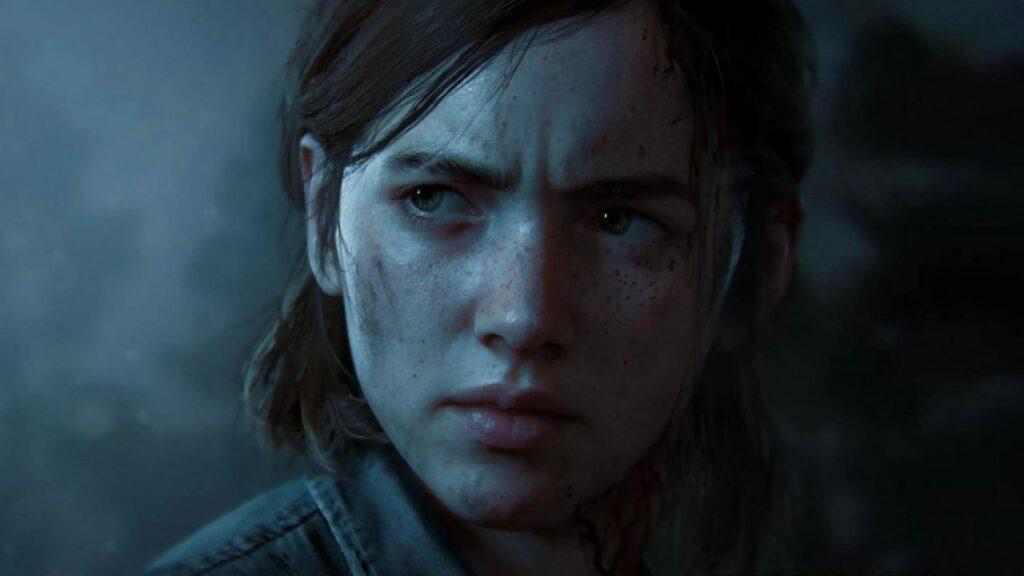 And so, with probably little surprise, the Game of the Year is The Last Of Us Part 2. What can we say that hasn’t already been said? A true masterclass from Naughty Dog in both the technical and narrative departments, TLOU2 does the exact opposite of what was expected, and it earns every single moment of emotion that it draws out from you. The storyline surprises that came about were divisive, and the entire back half of the game got some areas of the internet’s backs up, but Ellie’s lustful revenge tale is one that, while extremely dark, is also an excellent example of a narrative action game done right. Who would have thought that in the year 2020, we’d be praising a dark and disturbing game that’s based around a deadly pandemic, eh?