“Ough! Everything’s Coming Up All Explodey!” 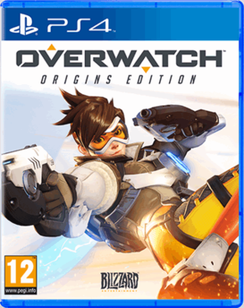 Overwatch is Blizzard Entertainment’s newest addition to their rather eclectic game library; a class based, multiplayer, first-person shooter – which seemed strange to me at first because Blizzard has pumped out more games of the role-playing variety than you’ll find in my late-night internet search history. The game was announced at Blizzcon towards the end of November 2014 and Blizzard held two x 36 hour closed beta weekend sessions for fans prior to the games release. The latter of the sessions amassed over 9.7 million users… and seriously, 9.7 million users cannot be wrong, can they?

If you’ve seen, heard or played either of the games Beta sessions then you already know how beautiful Overwatch looks and sounds. The character models and animations are truly amazing and the game makes it feel like you are actually playing a cartoon. Overwatch isn’t just your average run and gun, stabby, shooty, explodey FPS game; it has all of that and it actually has a story to tell! I know right? In a time of global crisis, the world’s government set up an international task force of soldiers, scientists and misfits called “Overwatch”. These heroes banded together to restore and maintain peace over the years to come. The heroes were inevitably tossed to one side when they were no longer needed, but alas; conflict has once again spread across the world and it’s up to you to answer the reCall of Duty! (¬.¬)

The game has an impressive class based character system, with 21 diverse heroes that have been split into four different subsections – Tank, Support (Healer), Offence (DPS) and Defense. Tanks pretty much act as they sound, it’s their role to soak up all the bullets, blade and rockets like a sponge and lead the charge into battle. Support heroes heal, shield and buff their comrades and are the main reason your hero is still alive and kicking. Offence heroes are there to do one thing only; serious amounts of damage. Which leads me onto the forth subsection of heroes and my favorite, the Defense. Defensive heroes are there to fortify choke-points, interrupt the enemy and basically be an all-out nuisance to the opposing team.

Each character has its own backstory, strengths, weaknesses, difficulty rating and a full set of skills to use in game. For instance, take my favorite Defensive character Junkrat – Junkrat, formally from the fictional land of Junkertown in Australia, is an anarchist, arsonist and an all out thief with an extreme obsession for anything that goes boom. After uncovering an extremely valuable secret he was ran out of his home town and pursued by bounty hunters and gangs until he met Roadhog (a Tank that uses a hook and a shotgun to kick a serious amount of ass) and employed him as his friend and bodyguard. Much like the Demo-man from Team Fortress 2, Junkrat uses a Frag Launcher that fires bouncing grenades at its targets. His two main skills consist of a giant steel trap & concussion mine and when used in unison, they can cause some a heavy amount of carnage in the form of trapping players and blowing them to pieces. Finally, all characters have an ultimate skill and in Junkrats case it is a Rip-Tire. The Rip-Tire is a motorized tire bomb that that can be launched away, controlled by the player, remotely detonated and 9 times out of 10 – kills anyone in the general area of the explosion.

Now obviously we need something for this vast array of merry misfits to do or else it wouldn’t be much of a game. Overwatch currently has five different game modes, with the promise of an upcoming Ranked Competitive Play mode. The five modes are Practice Range, Play VS A.I, Quick Play, Custom Game and the Arcade/Weekly Brawl. In the Practice Range you can effectively pick any character that takes your fancy and visit the training area to hone your skills for the battlefield or even just mess around with a character you want to test out. Play VS AI pits you against AI-controlled heroes on three difficulty settings of your choice.

Quick Play automatically searches for a game for you to square off against other human players at your skill level (to be debated) with your selected character. Quick Play currently consists of two missions – either a 6 v 6 assault and capture the point game or an equally as awesome payload escort mission. Custom Game does exactly what it says on the tin – It allows you to customize the rules to your game and make it your own. You can even disallow certain characters from being picked meaning no more annoying Hanzo and that his silly Storm Bow and Dragonstrike of his. The final game mode is called Arcade/Weekly Brawl. As the name suggests, you take part in experimental matches with rule-sets that change every week.

As you complete Quick Play or Weekly Brawl games, you earn EXP to gain levels & receive loot boxes that unlock vanity customization options (including voice packs) available in the Hero Gallery on the main screen. Blizzard has managed to implement the least invasive micro-transaction option to purchase loot crates I have ever witnessed in a game. They aren’t even advertised. The loot you receive in these crates consist of the same vanity gear you would earn in game, however you can buy multi-packs of 2-50 in the PSN store should you wish to.

Before we get to my verdict, I have to hold my hands up and say that I have an undying hatred for most multiplayer FPS games – and I’ll be openly honest about this; it’s because I suck at them and need to Git Gud or I’ll die trying. Now there are a few hand selected hero/class based FPS games that I adore and with that being said; my aim isn’t to piss off the die hard fans of Team Fortress 2, but Overwatch blows it sky high, out of the water and any other analogy you want to throw at it. So far, Overwatch has made me rage quit more times than Bloodborne, Dark Souls and the Spiderman 2 game on PlayStation 2 back in 2004 (Damn you, Doctor Octopus!) but really, I suppose that’s all part of its charm. Die, re-spawn, die, kill someone, scream with excitement and die because I wasn’t paying attention – I kept running back with my tail between my legs to try a new character and ultimately become cannon fodder for the better players. The game mechanics are extremely easy to learn, can be enjoyed by anyone who decides to pick up the controller and the large selection of characters really does make the game alot of fun. It’s really, really difficult to pinpoint anything actually wrong with the game – However If I had one tiny criticism, It would be that I wish we were able to open loot boxes between games and didn’t have to return to the main menu.

It would be rude not to. The game is amazing, even if I am terrible at it 🙂

This isn’t usually my sort of game but it looks interesting. I like the sound of Junkrat and being a nuisance. Brilliant review though, mate! 10/10

Indeed it does look like a very good game, based on the review.
Thanks for the kind words on our content Gavin 🙂