To Heller and back…

Back in 2009, Activision and Radical Entertainment released an brand new open world title called Prototype. The game placed you in the infected shoes of Alex Mercer, tasking you with unraveling shady government secrets and stopping a virus from taking over New York. Fast forward three years and they’re back with Prototype 2. Does it manage to build on the foundations laid down by the original, or was releasing a sequel a huge mistake? Read on to find out. 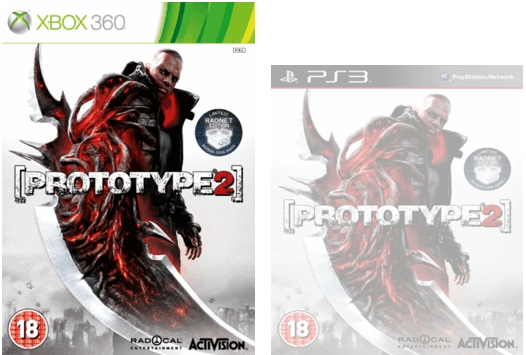 If you’ve played the original Prototype and are familiar with its story, you’ll find the tale in the sequel to be quite similar. The story is a continuation of the original, which means you visit New York City once again, but the main character is very much different. You play as James Heller, an ex-soldier who blames the death of his family on the infected protagonist from the original Prototype, Alex Mercer. Ironically, whilst he attempts to track down Mercer, Heller gets infected with the exact same virus, resulting in him ending up just as powerful as the man he’s after. From here on, you basically guide Heller as he attempts to track down Mercer whilst taking on well-known enemies of the series, Gentek and Blackwatch.

On the whole, the story is plays out very well, making you understand Heller and his motives as he inches ever closer to the inevitable battle with Mercer. It’s just a shame that the story doesn’t quite manage to fully portray the tension between Heller and Mercer. Rather than build upon it and make it a strong part of the story, it almost seems like a bit on the side. The story part of the game isn’t particularly long either, but thankfully the decent side missions manage to make up for that.

Released almost three years after the original Prototype, it’s safe to say Prototype 2’s visuals are noticeably more polished when compared to its predecessor. The cutscenes are very impressive, complimenting the in-game visuals superbly. New York City, or New York Zone (NYZ) as it’s referred to in the game, is filled with detailed models. The buildings vary in look and are a real step up in visual quality when compared to the original. The same sentiment applies to hunters and bosses that you’ll encounter during the game too, with each and every one being very well designed.

Looking at the game from an audio perspective, the best thing about Prototype 2 has to be Heller’s voice acting. Serious or funny, Heller’s voice is nothing short of brilliant and totally believable. Everything sounds right and (apart from a few occasions) nothing that feels over the top in relation to theme of the game, even when Heller is referring to a female character as “bitch”. All the other audio featured in Prototype 2, such as explosions, never feels exaggerated either, managing to sound fantastic when jumping and gliding your way around the city.

The first thing you’ll notice about Prototype 2 is how well it introduces you to Heller’s powers. You’re eased into the game’s mechanics via simple and easy-to-understand tutorials, something that was severely lacking in the original Prototype. This allows you to get used to Heller’s abilities and truly enjoy using them when you eventually take on the numerous hunters and bosses featured in the game.

Welcome tutorials aside, the majority of other gameplay mechanics featured in the original make a swift return in Prototype 2. Just like its predecessor, consuming enemies and other characters plays a major role in the sequel. Once you consume an enemy, you not only get the ability to morph into that person, you also get access to the character’s memory if they happen to be a major target. Whilst the attacking element remains mostly similar to the original too, you’ll be happy to learn that Heller is equipped with additional and more powerful attacks. These are unlocked by consuming some of the main bosses that you encounter throughout the game.

One notable new addition to Prototype 2 is Heller’s Tendrils ability. This is a great attack to use on bosses or a large amount of lesser enemies, dealing a great amount fatal damage that will rip them all to shreds. Each attack you have access to in the game has its positives and negatives. For example, the Tendril attack favours speed over amount of damage whereas Heller’s Hammerfists (another new attack) put the amount of damage you deal ahead of speed.The range of attacks available in Prototype 2 might not match up to other games, but they suit the style and theme of the game down to a tee. These attacks include the previously mentioned Tendrils and Hammerfists along with the usual Blade, Claws and Devastators. Other new additions come in the form of the Whipfist and Biobomb. Although it’s inevitable that you’ll end up with your own favourite attacks, each one is useful and has its purpose within the confines of the game. You’re only allowed to have two attacks mapped to your controller at one time, however with a simple press of the left bumper you can quickly manage how your attacks are mapped, even if the middle of a boss battle.

The map of NYZ is split up into three zones, Red, Yellow and Green. The Green Zone is the non-infected area of the city, the Red Zone is the most affected region and the Yellow Zone is where the poor reside, full of Blackwatch troops. Whilst the missions based in these areas are certainly more varied than the original, with some requiring you to be stealthy, quite a few still mange to retain that repetitive feeling. On the plus side, missions now do come with different bonuses, rewarding you with more experience points and helping you upgrade Heller with a bit more ease. In fact, the upgrade aspect of the game is noticeably improved when compared to the original, giving Prototype 2 slight RPG feel. As you defeat enemies, you’ll literally see Heller go through a level up state, taking you to a screen in where you’re able to spend your upgrade points and make him even more powerful.

If you’re a gamer that loves a deep and meaningful storyline, then Prototype 2 might not be for you. Ignoring side missions, the main will take you around ten hours to complete if you count the running time of cutscenes as well. The game features the standard easy, normal and hard difficulties, with insane difficulty being unlocked after your first completion. If you you decide to go back for a second playthrough, this difficulty will most definitely put your skills to the test. There are plenty of side missions for you to get stuck into, with their completion resulting in you receiving power rewards. You can complete these during the game or after, as Prototype 2 allows to explore world once the main story is complete and kill whoever or whatever you like.

If you were a fan of the original Prototype, then you’re almost certainly going to fall in love with Prototype 2. Sure, the missions are slightly repetitive and the main story is a bit short, but the new attacking options and improved visuals make this an open world title that’s hard to put down. Alex Mercer was kick-ass, but James Heller’s introduction takes the series to another level.