Rise of the Tomb Raider Review

After a successful 2013 reboot, Lara Croft returns for another adventure. Being released as a timed Xbox One exclusive, much is expected from Rise of the Tomb Raider. It’s safe to say, the pressure is on! Has Microsoft made a brilliant decision and spent their money wisely, or is it an epic mistake? Well, thankfully, Lara has not let them down. 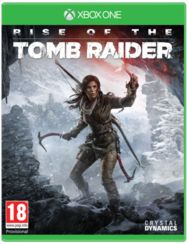 Note: This review features no spoilers

Picking up a year after the events of the 2013 reboot, Rise of the Tomb Raider sees you take control of a very different Lara Croft. It sounds cliché, but the events of Yamatai changed her. She’s obsessed about uncovering truths she once only knew as myths. That same obsession has made her more determined and driven than ever before. There’s a reason why though, and it’s personal. I won’t say further in fear of spoiling key story bits, but (as if she didn’t already have enough) it provides a clear motivation for Lara’s actions throughout the game. It’s a gripping story, keeping you interested and invested right until the end. The characters that surround Lara play a huge role in that, far more interesting and varied than anyone that featured in the reboot. Adding depth to story, good or bad, they give you a genuine reason to keep on going. It finally feels likes someone is doing the Tomb Raider name justice, going beyond the basics and delivering a narrative with some depth. For that alone, Crystal Dynamics deserve huge praise.

That said, it’s the gameplay where Rise of the Tomb Raider truly excels. The set up is similar to the reboot, but a bit more open. Each new area you enter is essentially a hub, where you can explore and hunt down animals or relics to your heart’s content. The majority of them are quite small, acting as gateways to the two larger hubs that form the main part of the game. It might sound confusing and a bit regimented almost, but that’s not the case. It’s far more fluid and natural than it sounds. You’ll get what I mean as soon as you’re thrust into the first area of the game. Either way, it’s a set up that works really well, striking a nice balance between an open world and something more linear.

Some hubs focus simply on story progression, meaning you’ll be tasked with traversing, shooting or sneaking your way to the next area. Each of these mechanics remains similar to what was present in the reboot, but more polished and pronounced. The platforming and stealth in particular are a complete joy. Whether you’re moving from ledge to ledge or using your climbing axe to scale up ice, traversal in a game like this has never felt so good. The stealth, taking its inspiration from the recent Batman games, is surprisingly satisfying. Like the Dark Knight himself you can press in the right stick, go into survival instinct mode and stalk enemies from above or move from cover to cover before eventually taking them out. Hell, you can even throw objects or shoot your bow to lure enemies into areas and pick them off one by one. It’s not the deepest stealth mechanic, but does exactly what it needs to very well. Take note, Ubisoft and Assassin’s Creed. That’s not to say the shooting is bad. It’s actually pretty damn good, especially with the bow. It was my most used weapon in the game, despite having a shotgun, assault rifle and pistol. It’s worth mentioning too that when all these mechanics come together it makes for incredible playing and viewing. Some of the set pieces towards the end of the game are simply stunning.

Other hub areas will feature story stuff and more, introducing proper tomb raiding and exploration aspects that were missing from the reboot. The game features ten tombs for you to complete, spread out over five different areas. You don’t have to complete the majority of them, it’s totally up to you, but I would highly recommend doing so. Finding and completing all ten tombs was the highlight of the game for me. Expertly designed, each tomb is like a mini-puzzle just begging to be solved, rewarding you with a unique upgrade. Broken down into two parts, first you have to find your way to the tomb and then figure out how to complete it. Each tomb will test you in a different way, ranging from water based puzzles to getting you to use your upgraded bow in some very clever ways. The majority of the tombs aren’t too tough, but I was tested by a two or three before finally having a light bulb moment. You just need to be patient, think and use all the tools at your disposal. There are plenty of them too; all upgradeable at base camps that also double up as fast travel portals between hubs. Handy, because there’s plenty more exploring to do. There are a small number of missions, animals to hunt (watch out for the bears) and plenty of collectables to gather. The majority of the latter will increase your proficiency in a particular language, helping you learn more about the story in the process. A nice touch. If you do get “stuck” when exploring, the survival instinct mode that I mentioned earlier is there to help, highlighting objects of note and making the process a bit easier.

The fantastic set up and gameplay is backed up by some jaw dropping visuals. To date, this is the best looking game I have played on the Xbox One. Running at 1080p and a fairly consistent 30fps, Rise of the Tomb Raider looks stunning, especially during gameplay. There seems to be a slight drop in graphical fidelity in cutscenes, but nothing major that will impact your overall enjoyment of the game. Lara’s character model, in particular, is a thing of beauty. From her hair, blessed by TressFX physics, to her face and clothes, everything is bursting with both clarity and detail. It’s the little details as well, such as the way Lara will move her ponytail after coming out of water or brush past a narrow path. The lighting, environments and weather effects are excellent too, with the latter stealing the show at times. At high altitudes snow/ice will form on Lara’s hair and clothes, making her shiver in the process. There’s no other way to put, the game looks amazing.

Elsewhere, apart from the story mode (took me 20 hours to complete), you have Expeditions. Here you can replay chapters, choosing to focus on getting a high score or customising the experience to your liking. The latter brings the modifier cards into play, working in a similar way to the skulls in Halo. That means you can make enemies stronger, give Lara a big head or even shoot exploding chickens. Yes, exploding chickens. The ability to play chapters with a different feel is cool, but I didn’t spend much time doing it. Instead, I preferred to go back and play the story mode again. It’s so good; I’m finding it hard to think of one glaring issue. The rare framerate drop and lack of a proper cover mechanic are the only minor flaws I can think of if pressed, but I’d be nitpicking. A shining example of the genre, up there with the likes of Uncharted 2, Rise of the Tomb Raider is an incredible game. Crystal Dynamics gets Lara Croft and what tomb raiding is all about. I can’t wait to see what the developer does next with the series. More please!

I really enjoyed the 2013 reboot, so it’s fair to say that unless Crystal Dynamics completely messed things up I was always going to like Rise of the Tomb Raider. However, I didn’t expect to like it this much. This is a special game. If the reboot was the gaming equivalent of Batman Begins, this is undoubtedly The Dark Knight. The jump in quality is astounding. The story is gripping, gameplay fantastic and visuals stunning. A genuine contender for the best game of the year, Rise of the Tomb Raider is simply brilliant. If you can’t wait, it’s also another reason to own an Xbox One. Lara Croft is well and truly back.