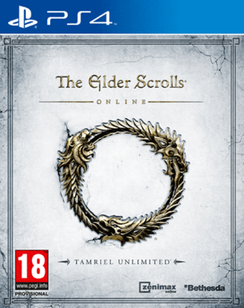 Before I start with my impressions, I have to say that going into this, I was a relative newbie to the MMO scene. I have played a tiny bit of Final Fantasy XIV, but never have took the dive and given an MMO a large portion of my time. The Elder Scrolls Online: Tamriel Unlimited was my first proper MMO, so with high interest, I started the game, uneducated on what was waiting for me in the world of Tamriel.

Starting out, I was met with the game’s creation center, which I found to be quite deep and enjoyable, giving you a plethora of options when trying to find the perfect look for your character. There are different classes and factions for you to choose from, with classes that MMO veterans would of come accustomed to through the years. There are classes to suit all playing styles, with the ability to create up to 8 characters on your account. I enjoyed the amount of freedom that ESO give me with my character.

Having saw the PC version beforehand, I have to say that the visuals present in the PlayStation 4 underwhelmed me somewhat. Without doubt, it looks very nice, but it is obvious to see that if you want the true visual experience, the PC version is the way to go. Still, the PlayStation 4 version I reviewed still offered up some decent visuals, with towns and dungeons still carefully detailed. Those who have played all of The Elder Scrolls titles will find that the world of Tamriel is full of nostalgia, including the delights of Skyrim. The sound present in ESO unfortunately is still the same, failing to enrich me in the world of Tamriel. Voice acting could of also done with a lot of work, with the most part feeling too plain and lacking emotion from the different characters.

Although it is an MMO, The Elder Scrolls Online is still a typical RPG at it’s core, with many quests and side quests at your disposal. Going through hours of the main quests, quests can be quite repetitive, especially as you go through the opening sections of the game. Quests have too much ‘fetching’ attached to them, often leaving you disheartened and quitting it for some PvP action as an alternative. Speaking of PvP (including dungeons with friends), unfortunately, both are locked until you have reached level 10, so there are a fair few hours to go through before you can get into some proper multiplayer action.

The combat system present in Tamriel Unlimited is again, something that many MMO players, and RPG veterans will learn to get to grips with quickly. As you level up in ESO, you are able to allocate skill points to different strengths of your character. Whether that’s improving your two-handed sword combat skills, or giving that bolt of lightning magicka some extra zip, players can build their character how they see fit. It is a system that is very easy to get used to, with your most powerful attacks being allocated to simple button presses on the control pad. I thoroughly enjoyed the battles, with different enemies making me think more strategic in terms of what attacks to use to my advantage.

Of course, with MMO’s come vast amount of players at one time. I actually enjoyed and met some great people travelling through Tamriel. Having a friend with you to do quests makes it a lot easier, and a lot more fun, especially when fighting enemies that are a higher level than yourself. Within the first hour, I had my own group of friends, all helping each other out in order to get through the quests quicker, strengthening our characters in the process. It became quick to me that MMO’s are the place to be for a great social experience, and I couldn’t believe that I hadn’t gave one my time and attention before hand.

15+ hours in, I feel that I have not even scratched the surface of what The Elder Scrolls Online: Tamriel Unlimited has to offer. The more time you put in, the more you will get out of it. I honestly believe that if this was offline only, I would of scored the game a lot less due to quests often lacking any variety to them. I think with any MMO, a long term commitment is needed, but if your new to them like I was, do not feel intimidated in to giving them your time and attention. Using the word ‘review’ feels wrong with this game, as no amount of hours game time can truly give a definitive answer of what the game can offer. With endless quests, side-quests and the whole world of Tamriel to explore, this is a game that will keep your console warm for months to come. If your reading this and have always wanted to give an MMO a try, The Elder Scrolls Online: Tamriel Unlimited will welcome you with open arms.