The Last of Us Preview

During our time at Gamescom, we had the pleasure of sitting down to a rather special Sony and Naughty Dog presentation, talking about quite a few things related to The Last of Us. As well as a full auditorium of other media, we had the pleasure of being in the company of two of the game’s stars and another special guest. Troy Baker who voices Joel, Ashley Johnson who voices Ellie and Naughty Dog’s community strategist Arne Meyer were all present to talk about the highly anticipated PlayStation 3 exclusive. 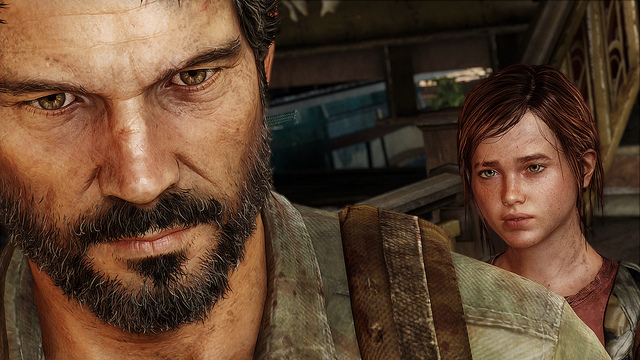 Let me set one thing straight, this was a presentation with a difference from Naughty Dog that featured no new gameplay footage showing Joel and Ellie tackling infested humans. The main point that this presentation was trying to get across was that this was all about how The Last of Us will feature a mighty impressive cinematic feel when the game is released. It’s something that not only the development team feel strongly about, the voice actors Troy Baker and Ashley Johnson share their feelings too. Naughty Dog love that cinematic feel in their titles (Uncharted being the prime example) and the same ethos has clearly been transferred across to The Last of Us, and it’s great for two reasons. The first being that it looks incredible and the second is that there is nobody better out there at producing movie-like experiences in a gaming sense than Naughty Dog. The trailer below shows just how the development team start out with the mo-cap session and then through various techniques and stages, end up with the breathtaking cinematic footage.

Naughty Dog continued to show us all a new trailer that features the big cinematic feel that they want to achieve within the game and why everyone associated with The Last of Us is behind this idea 100%. It’s clear from the positivity given out by Troy and Ashley that this is something that they are very proud of working on together. The trailer features a new character called Bill (voiced by W. Earl Brown of There’s Something About Mary fame) who is a hardened, bearded man with some sort of previous history with Joel. The trailer shows Joel, Ellie and Bill all being chased by an infected creature of some kind before they escape the chase and barricade themselves into Bill’s safe house. Bill and Ellie then get into an argument after she is handcuffed to a metal piping within the safe house. Joel tries his luck by asking to borrow a car from Bill who responds that he doesn’t owe Joel any favours. When they both come to some sort of amicable agreement, the trailer ends with all three characters setting off to look for car parts to fix an abandoned vehicle.

After a brief video introduction, game directors Neil Druckmann and Bruce Straley explain the importance of each character and the story, art direction and reasons why they casted Troy and Ashley. They also discuss various other factors, including the different survivor types that will feature in the game’s story. Some will be more desperate than others to survive, using violence as a way of means to get by whilst some will try to get by with a more considerate approach. The casting process is touched upon too, before a new trailer is shown off featuring Joel and Ellie and Bill. Naughty Dog’s Arne Meyer added to that by showcasing a performance capture video that reveals the process behind making the cinematic sections of the game.

What really stands out in the trailer is the chemistry between the characters and the difference of traits that each person possesses. Joel is direct and strong when getting his point across, yet he somehow manages to remain respectful throughout. Ellie has a swag and cockiness about her that someone of her age may be accustomed to, whereas Bill is blunt and doesn’t hold back with exactly what he thinks about his new acquaintances. The whole trailer is put together brilliantly well and it’s clear as daylight that the cinematic feel is there in abundance. One thing that really got me was just how realistic the whole experience was. I actually forgot that I was sat there watching a video game trailer, as it felt like I was sat watching a part of a movie. This response is exactly what the development team that are working on The Last of Us want you to feel.

The Last of Us is looking like another incredible title to add to the collection from the team at Naughty Dog. The cinematic elements are produced with such finesse and beauty that you can’t help but be in awe of exactly what you’re witnessing. Along with a real depth-filled story and incredible character development, this really does look and sound like the real deal. Next year can’t come quick enough.