The Legend of Legacy Review

Atlus have made a bit of a habit of bringing strong, quirky RPG’s to our shores. Although they are not always for everyone, they should never be underestimated. I hit the download button on Legend of Legacy wondering what they had brought me this time. 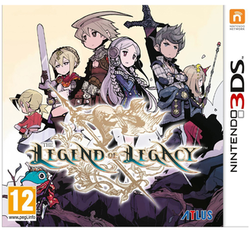 I watch the little intro sequeunce and hit new game, where I’m greeted with not one, but seven character options. I’m instantly intrigued. I come to the conclusion that I’ll probably have to play this game a few times. There is bound to be customisation, an interesting story, and if I’m lucky, varying plot lines. So off I go having selected a character named Garnet, ‘cuz well, she’s a chick with a sword (hey, I don’t need to explain myself). Not realising that Legend of Legacy had already tricked me.

The story goes as such – Seven adventurers set off to explore the mysterious island of Avalon that has mysteriously appeared. They all do so for their own reasons, which is more or less explained in their unique intros and there the story stays, as does any uniqueness I might have envisioned. At this point their stories pretty much collide and stay broadly the same. You’ll also eventually be able to bring every adventurer into your party, making your initial decision largely cosmetic, while the story is expressed through sparsely littered lines of dialogue. You will also find magic stones strewn around the world that recite poems for you. These can be pieced together to get a slightly better image of things, but Dark Souls optional narrative, this is not (fine, I guess I’ll find my fun elsewhere). 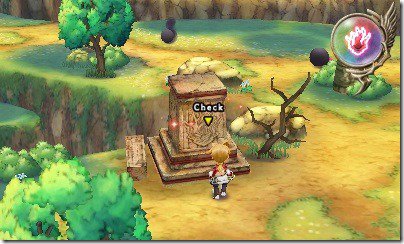 Combat on the other hand, isn’t so drab, and can be quite in depth if you choose it to be. It is of course turn based. However, the genre default leveling system makes way for a proficiency based one. Here your stats will increase based around the weapons and attacks you use. At first this freedom is welcome, but later on it can discourage experimentation (due to other design elements mentioned later) . Use a weapon that particular character has never used, and they are back to 1 on the proficiency chart essentially. Additional depth can be found in the customisable formations, which you WILL be using, if you don’t feel like starting over constantly. Health does regenerate at the end of every battle, but each time one of your party members gets hit unconscious their max HP is lowered until they have none, resulting in game over for you, sir. There is always the option to run, but this sets you back to the beginning of your current map. So it’s best to manage your battle properly before taking that option. The obvious shortfall here is enemy diversity – There’s not much of it! It’s a shame that this problem arises very early on, and that its counterbalance – An element system that rules each battlefield and the enemies on it and can be manipulated by equipping crystals, takes a while to get to.

The meat and two veg of the game however, is the exploration. I say this, because there is little else to do but explore and fight. Outside of your home hub, the town of Initium, where you’ll be returning to sell your maps of explored areas, you will hit up the occasional dungeon. It is more than likely, that you will be irreversibly bored before you even reach it as you traverse each map trying to avoid enemies and the grindy nature of the game. Avoidance of course being a bad idea, if you hope to survive against tougher enemies. You might even need to to repeat the grind should you decide to change proficiencies of one of your toons. I do understand that due to the nature of the genre, some grind must take place, but most great RPG’s straddle this line by supplementing it with other gameplay features, or even a great story. Neither is here.

On the plus side, Legend of Legacy has a nice art direction, that I quite enjoyed. From the backgrounds to the way everything pops in like a cartoon bubble when you pass by (no doubt a way to combat system limitations, but it is well done), it all looks very thematic.

Sadly, The Legend of Legacy is just too monotonous and one dimensional to recommend to anyone, besides those who need bite sized adventures on their travels to work (But then again, isn’t that what smartphones are for?). Whilst the combat system is enjoyable and has an extra layer of depth, the overall package isn’t enough to keep you coming back.

You’re right. It is a little monotonous. Although they’ve tried to make the presentation unique, the basics of the game appear all too familiar. There are some good challenges, and several new elements. So, the game does entertain and engage.